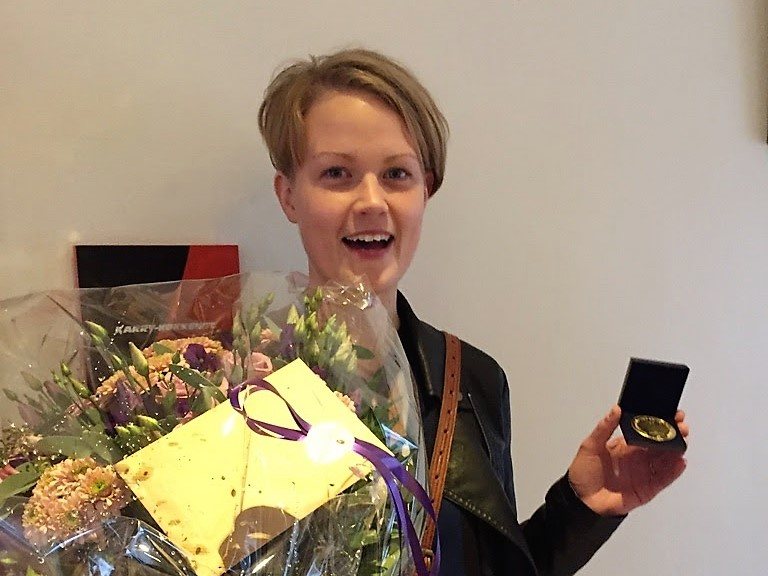 A Gold Medal for Good Cooking

“I applied for apprenticeship at the Boarding School, because I wished to cook for young people, “ Louise Kaagh explains. “And I have really come to appreciate that this is a relatively small place, where you face the people you cook for. The students here come and thank you after a meal. In a big kitchen where the food you cook perhaps goes somewhere else, you don’t get a chance for that kind of response.”

“I also enjoy that we cook from fresh produce and that the diet here is very varied. We do both cold and warm dishes, traditional Danish dishes and dishes from many different parts of the world. And there is a nice atmosphere here.”

Meals at the Boarding School

Learning craftmanship and to trust one’s own decisions

Louise Kaagh’s path to becoming a dietary assistant has not been a straight one even though she considered becoming a dietician when she was in her last lower-secondary year. “I’ve started at and left several other types of educations before I began at the basic “Human food”-course at Aarhus Tech and realized that working as a dietary assistant would be the right thing for me.”

Grenaa Gymnasium’s Boarding School has work for Louise until July next year. “I would like to get the experience of cooking for a different age group, so I will try to find a job at an old people’s home,” Louise says. “But later on I would like to work at a continuation school or a folk high school. And perhaps pursue further education to become a dietician.”

When asked what she thinks she will take with her from her apprenticeship at Grenaa Gymnasium’s Boarding School, she says: “Not to be afraid of making my own decisions when carrying out my job. And the craftsmanship of professional cooking, of course.”