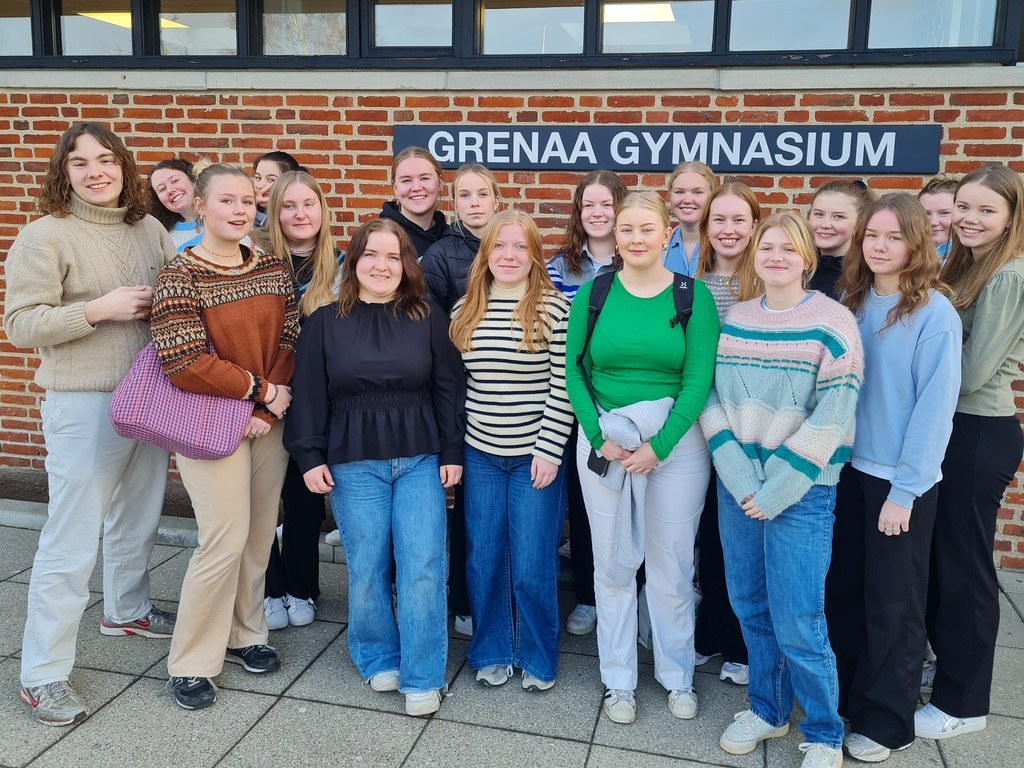 Anyone watching the national charity event show, Danmarks Indsamlingen, on Danish TV the last Saturday evening in January would have seen students from Grenaa Gymnasium appearing to explain about one of their fundraising activities at school. A few minutes later it was announced that Grenaa Gymnasium had won the fundraising competition Denmark’s Greatest Friday Café.

– We did not participate because we hoped to win. We imagined that because we won in 2019, it just wouldn’t happen again, Magnus who is a third year student at Grenaa Gymnasium explains.

To be part of the draw for the winning prize a school has to raise more than 5 Dkr pr student. Grenaa Gymnasium won the draw, and with an end result of 19.604 Dkr it was also the school that had raised most pr. student. The prize is a show for everyone at school by stand-up comedian Nikolaj Stokholm.

The article contiues below the video

Magnus has headed the fundraising activities since August together with Camilla Dokkedal, 2nd year student, and the rest of the school’s Global Group. – Selling cake once a month has been a major activity. Some times up to 10 persons from different classes brought home baked cakes. We hope that this has strengthend the feeling of co-ownership to the whole endeavor, Camilla explains.

– And when students didn’t by all we had, we took the rest to the teachers’ lounge. That always cleared off the rest. The teachers really like cakes, Magnus says with a twinkle.

Selling cake was, however, only one of several fundraising activities. In December there was a Christmas concert arranged by some of the IB-students, and a tombola with prizes donated by local shops. The run up in January saw the International Day with goodies from the homelands of the IB students, an auction over the remaining prizes  from the tombola and a sale of shrovtide buns.

But if the reason for participating was not to win then why? – This is a good cause first of all, and it makes the Global Group a really  nice community, Magnus says. – I also really like it when students ask “when is the next cake sale?” and when you see that both students and teachers like the tombola, Camilla adds.

– We’re really thankful for the support we’ve received from students, staff, local businesses and everyone who helped make the Christmas concert a success.. Thank you all, Magnus concludes

Donators for the tombola