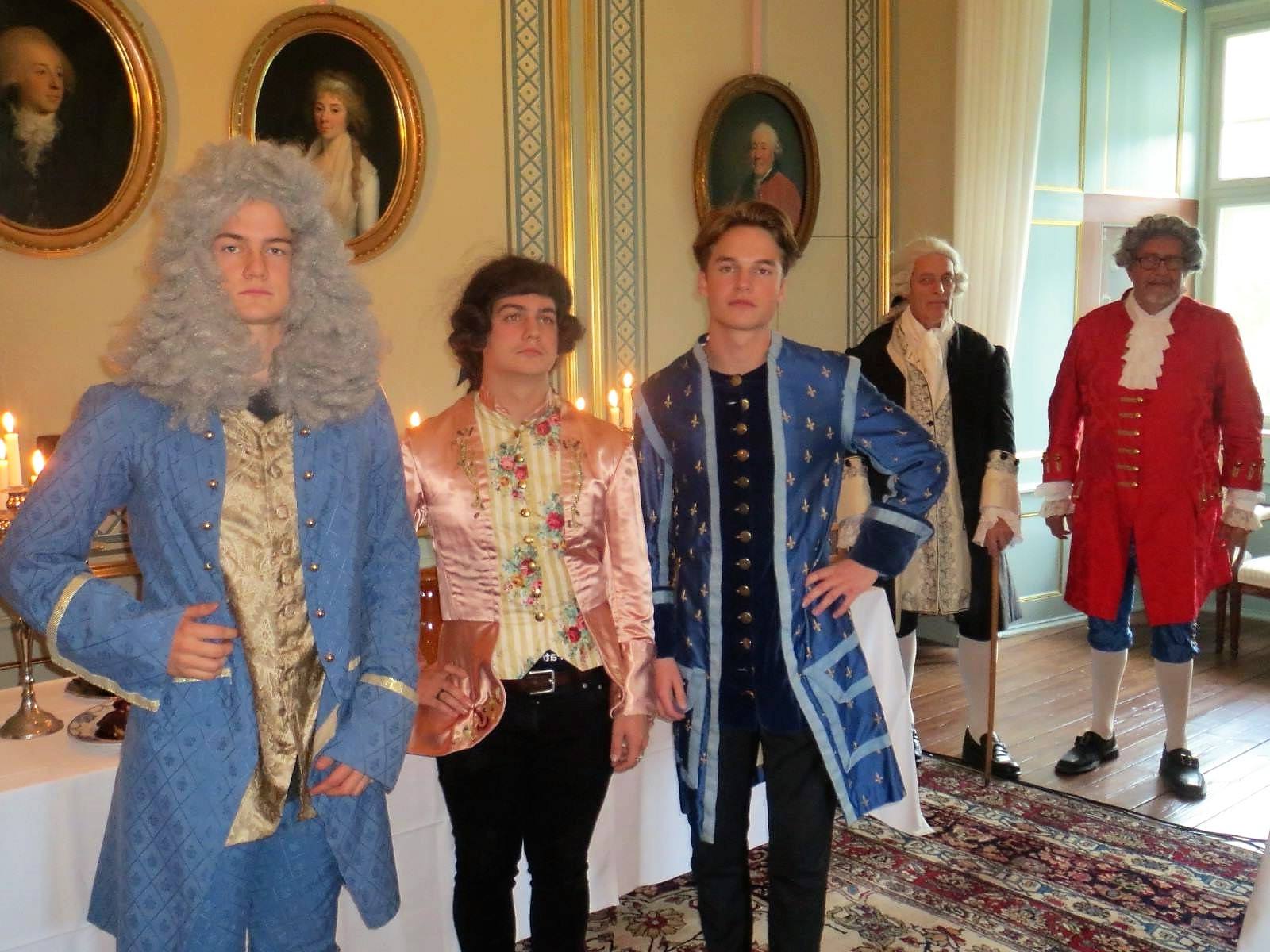 Experiencing the Age of Enlightenment

Before the autumn break students from Grenaa Gymnasium had happily accepted an invitation from manor museum Gammel Estrup, not far from Grenaa. They took part in an event focusing on the Age of Enlightenment and absolutism. The event included a pre-premiere of the 18th century episode of the Danish Broadcasting Coorporation’s  history documentary, Historien om Danmark.

The event offered rich opportunity to experience the past in different ways. One could for example attend the fencing lessons, try out 18th century costumes and participate in parior games. 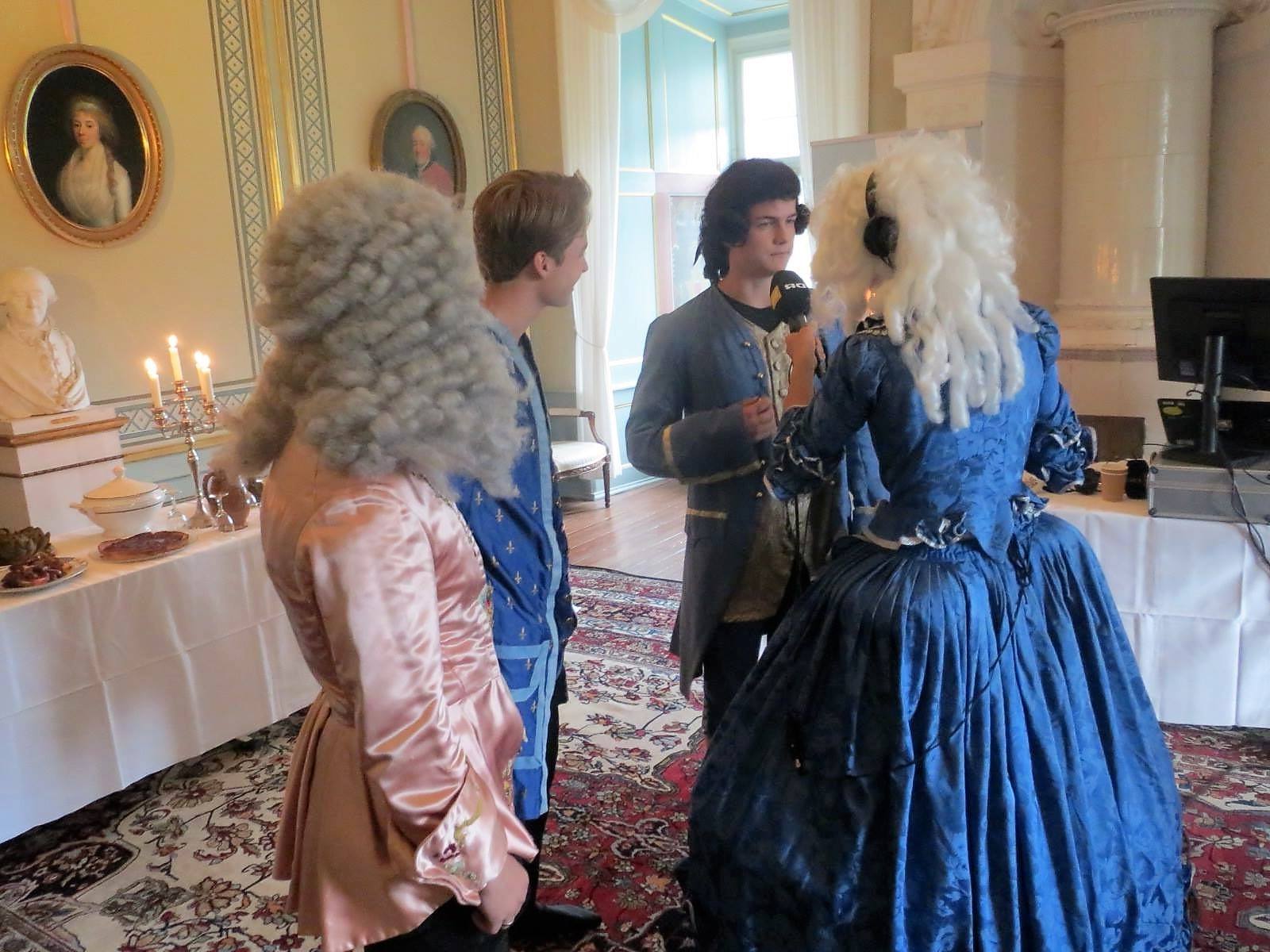 “It was quite something to get all dressed up and literally feel the 18th century on your own body, “ Jonas Borg Hammer, a third year student, explains. “Right when we were wearing some very tight pants, colourful shirts and incredibly itching wigs, P4 (one of the national radio channels) asked us for live interviews.”

The banquet hall at Gammel Estrup had been transformed into an 18th century theater and here the pre-premiere of the TV-episode took place. The students were given a brief introduction about the age in a local manorial perspective. “The documentary itself and the opportunity to ask questions to the main producers of the particular episode was very educating,” says second year student Ane-Kathrine Pedersen.

“Events like this makes history come alive to our students, thus enhancing their understanding of the textbooks and sources we go through in the history lessons,” history teacher at Grenaa Gymnasium Anne Skourup says. “I am certain that our students gained insights today that I would not be able to pass on to them in the classroom.”

Anne Skourup further explains that it is not the first time, nor will it be the last, that students from Grenaa Gymnasium visit the manorial museum Gammel Estrup. Plans are being developed for more regular cooperation that will include a unit of the history curriculum being centrered around the resources that the museum can provide.