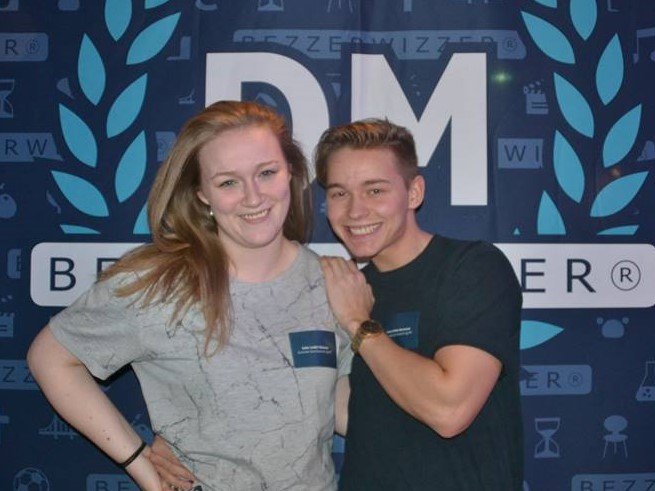 Lasse and Line did not know each other before they happened to become a team at the local first round of the competition at Grenaa Gymnasium. But they won and off they went to Copenhagen for the finals.

“In the first round we met two other teams that we beat quite easily. The second round was more difficult and we ended up sharing the victory,“ Lasse explains. In the third round all teams had to compete and each team was placed in starting position according to their previous results. This meant that we were in a good position.
After 20 questions, one for each category, Line and I had 25 points and the two winning teams had 29. So we were a bit disappointed, but we are proud to have performed so well.”

“It has been a very positive experience, though I must admit that standing there together with the other teams so close to winning, was thrilling. You really tried your utmost to activate every brain cell and remember the answers to the questions.”

Thus, Lasse reveals that the impressive result did not come from nothing. Line and Lasse trained for it and when it comes to trivia games, your memory is what you need to improve. So, how does one do that? “I am not sure that I am an expert, but self-discipline is necessary, so that you study. And it is a good idea to try to connect the answers to something you already know,” Lasse says.