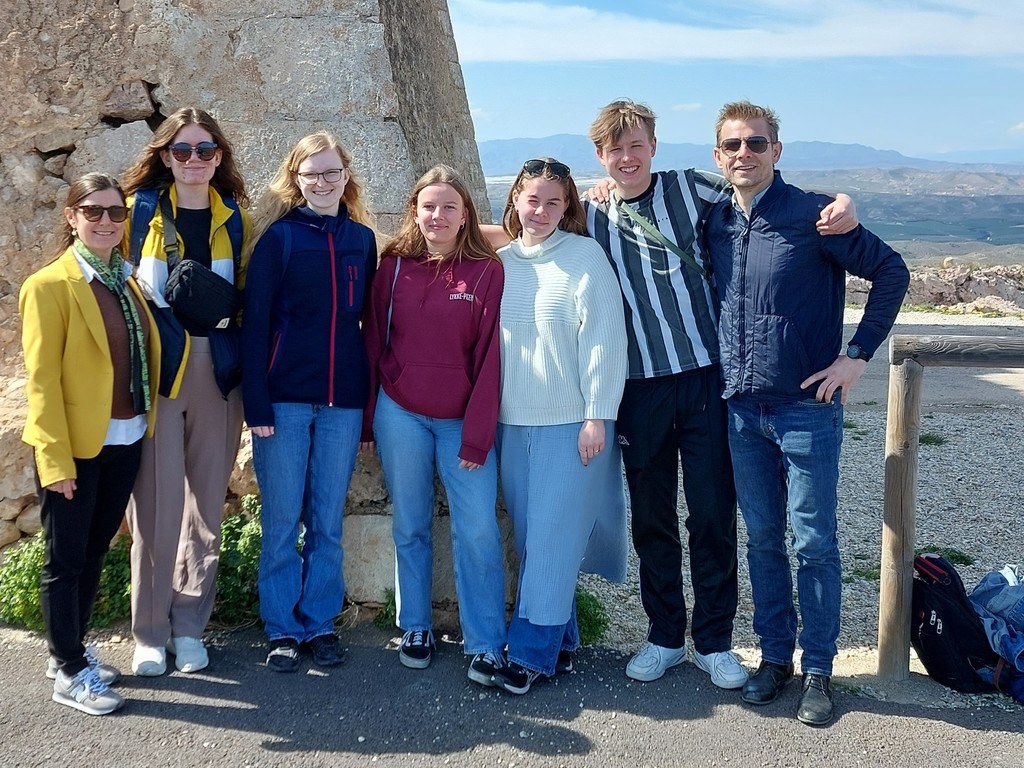 Students exchanging in Croatia and Spain

Before Easter students from 3.akm went on exchange trips to Croatia and Spain respecticely. This was third and fourth round of an EU-funded project intended to increase awareness of European values among young people. The themes for the two trips were democratic participation and tolerance.

Sophia Ravnsbæk Jensen went to Croatia. She explains that the school hosting the exchange is in the town Varazdin about an hour away from Zagreb. – I guess I was the one who experienced the biggest differences from our life here in Denmark, because I stayed with a family in a relatively remote rural area with cocks crowing in the morning and where it was important to economize with water and heating. There is about 200 people in the village, so my waiting for the bus in the morning together with my host didn’t go unnoticed, and the first day the village dogs came by to see who I was, Sophia explains. – It took 45 minutes to the school, so we were up at five in the morning every day. I also had local dishes. For example black pudding with mustard and orange softdrink for breakfast. 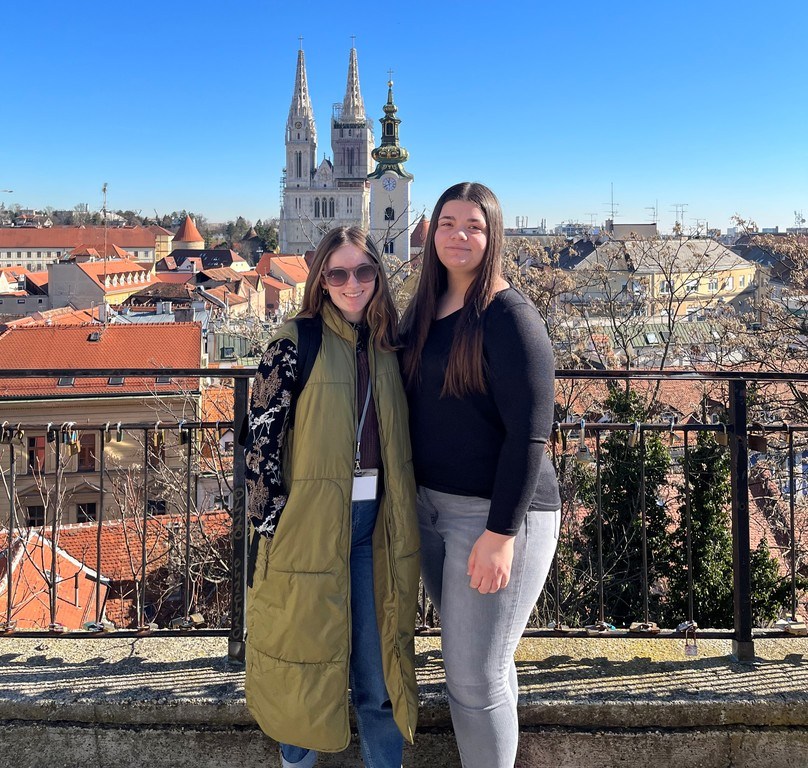 – It was only my student host that spoke English, but everyone in the family were very kind and gave me so much candy for my home travel, Sophia continues. – I did not know that I was going to live in the country side, but I’ve learned from it that it is not a problem for me to stay with a family that does not speak English. I’ve learned a lot about myself, and have also become more aware of how my own country and our school system works and I appreciate it more now.

Sophia further explains that the host school arranged for them to learn about the cultural history of the area. It was also obvious that an earthquake in 2020 still affected them. – We also did a few exchange exercises at the school. For example a what-did-we-learn-from-each-other-round and we had to improvise talks on what we would do if we were presidents for a day.

Benjamin Nørgaard Trønnes were among the students exchanging at a school in southern Spain. – We did some presentations about historical persons and tolerance, he explains.
-The school is very different than schools here in Denmark, he continues. – The students are not allowed to use computers, and the doors are locked in order to prevent the little pupils to run off, and also window bars. But the whole atmosphere is very friendly and positive.

– The school is in the small town Carboneras which is at the Mediterranean coast in southern Spain, Benjamin explains. It is an old fishermen’s town where they have had to defend themselves against pirates. There is a fortress with a watch tower.

Similar to Sophia’s host family only the host student spoke English. – But one learns to feel comfortable even if communication is not so easy, Benjamin says. It was interesting to observe how a household works. For example, my “sister” had a meal ready for me when I got back from school, or what “Dad” does first thing when he gets home from work. I also noticed that they spend more time together as a family when they can as most of us probably do in Denmark.

-One evening we went to a local bar where townspeople met to chat and play pool. But the best experience was the day trip to a lighthouse with so much beautiful scenery, Benjamin concludes. 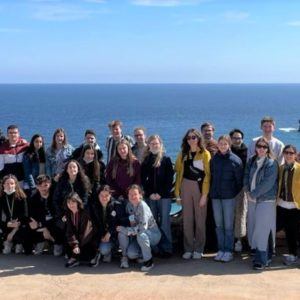 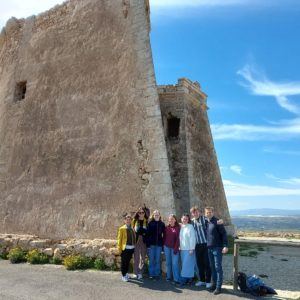 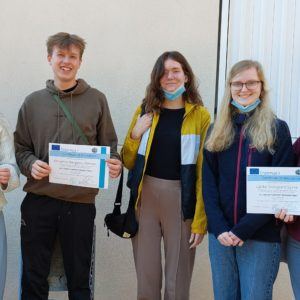 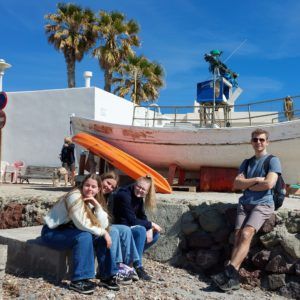 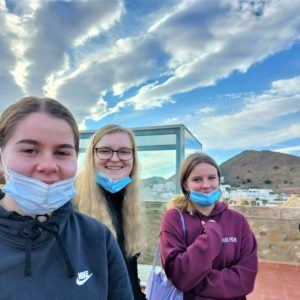 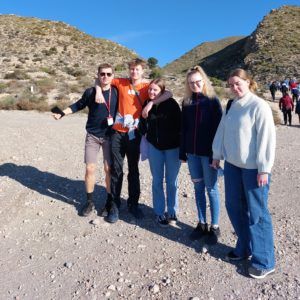 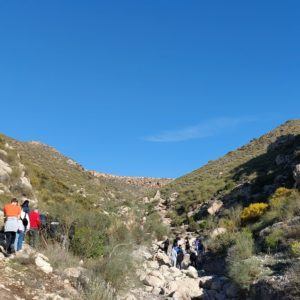 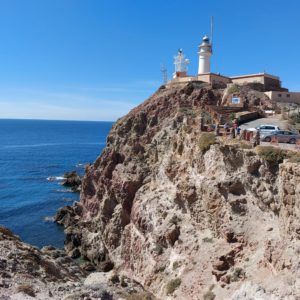 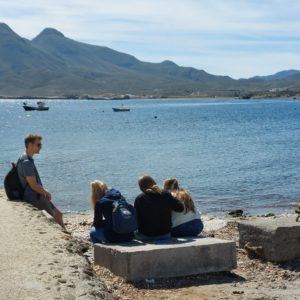 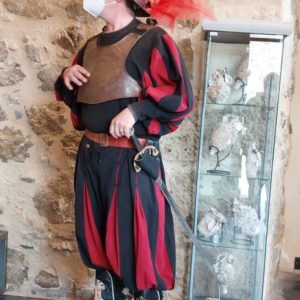 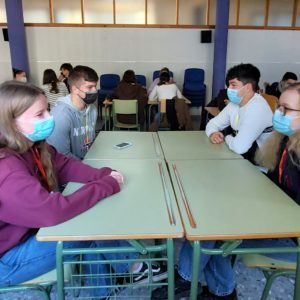 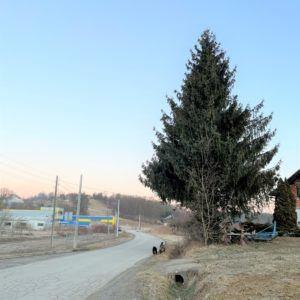 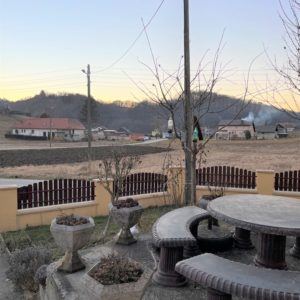 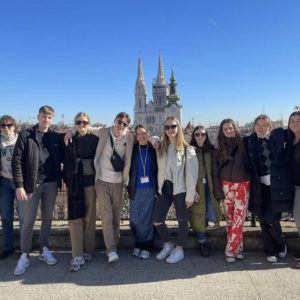 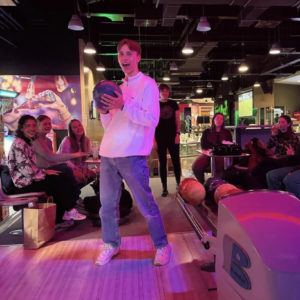 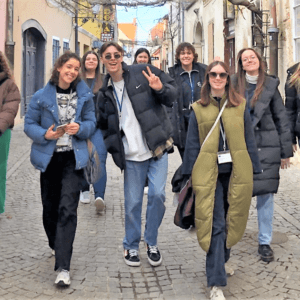 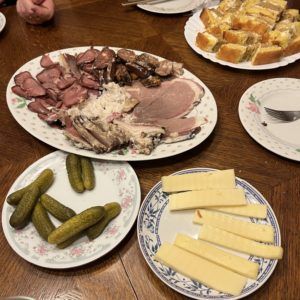