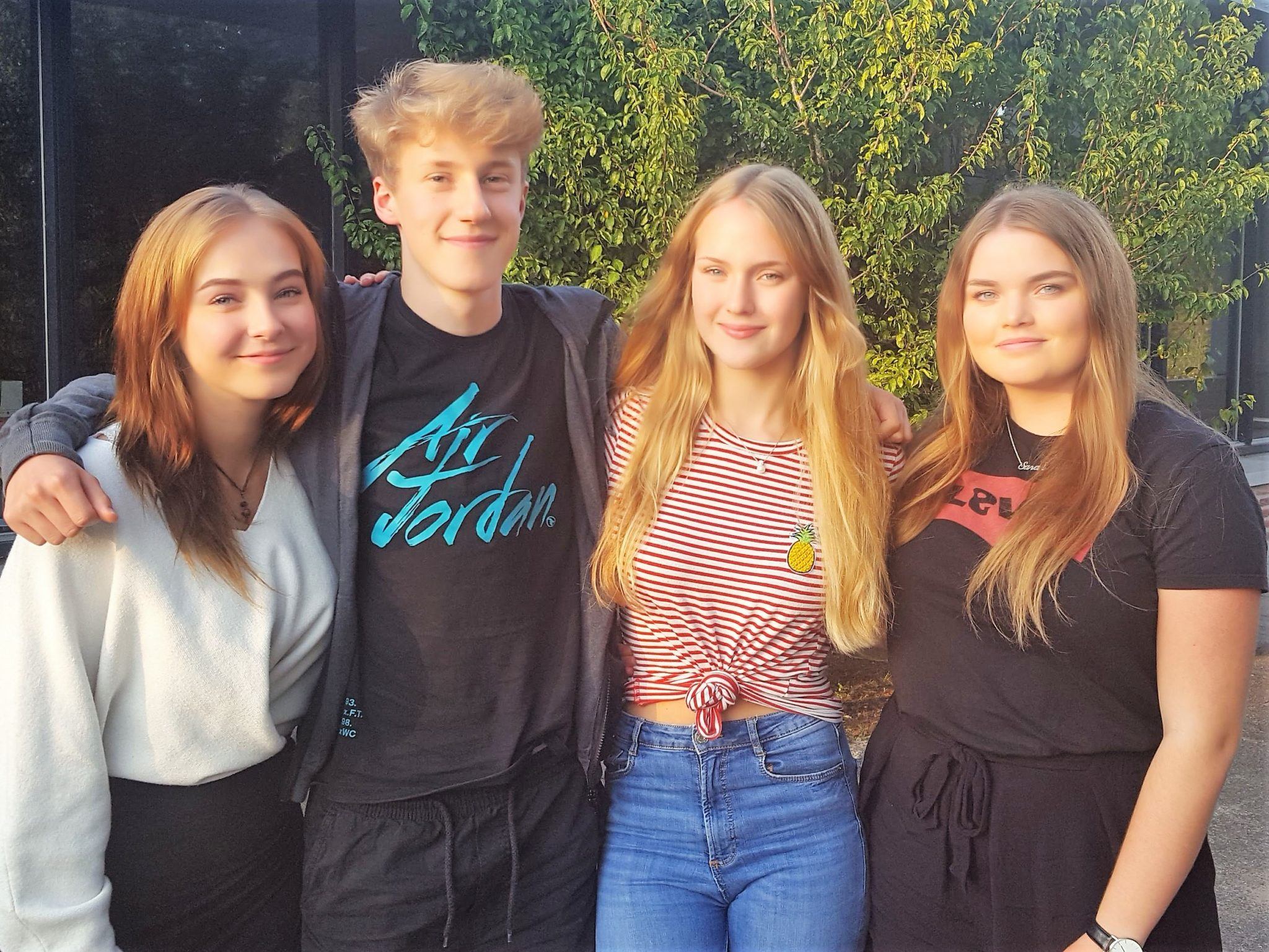 In the last week of August students taking German at Grenaa Gymnasium hosted upper-secondary students from Thomas-Mann-Schule in Lübeck, Germany. This was a happy reunion as they already knew each other from the Danish students’ visit to Thomas-Mann-Schule earlier this year.

Sarah Fritsche , IB1, explains: “We were quite nervous in March when we were going to Lübeck, but we have really looked forward to seeing them again.” “Yes, because now we are friends,” Regine Vonsild, her classmate adds.

Regine’s guest, Pia Friedrich agrees: “We too were indeed nervous in March.” “But then we had a party together and that helped,” Torben Hansen, who is Sarah’s guest, explains.
In spite of his very Danish-sounding name and surname, Torben does not have Danish roots. “I think my mother just liked the name Torben,” he says.

The interview with the students was taking place an evening at Grenaa Gymnasium where they have been having dinner together with then Danish host families, their class mates and the involved German and Danish teachers. The guests arrived Wednesday evening and stayed until Friday evening. This timing allowed them to enjoy the street musicians’ festival in Grenaa on Friday. Apart from that the programme included a treasure hunt in Grenaa, a day trip to Aarhus and of course opportunity to get an impression of everyday school life at Grenaa Gymnasium and Grenaa Gymnasium’s Boarding School.

“My most important advice to coming students who take part in an exchange is to be open-minded and not hesitate in getting to know each other,” Regine says. The three others agree. Time flyes. “Perhaps we can go on one more trip to Lübeck,” Sarah says hopefully.