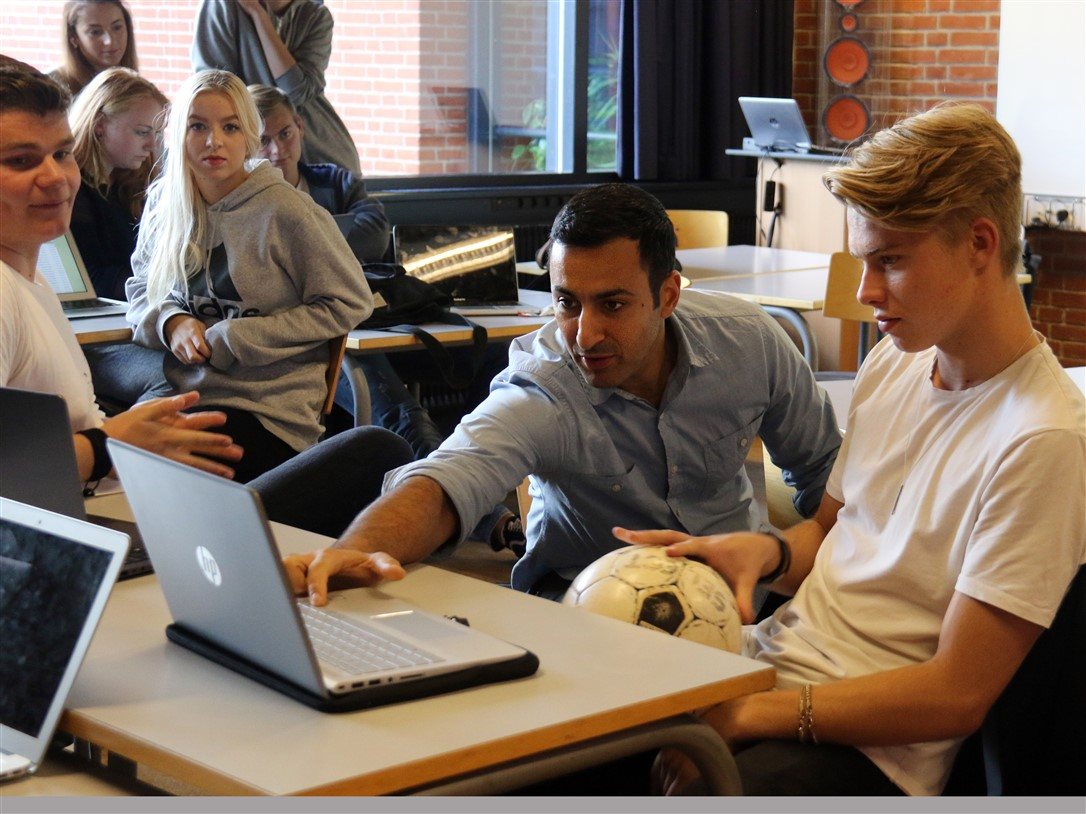 How to Spot Fake News

On Monday, September 18, all second and third year students learned about fake news and how to spot them.

“Please make sure you have your mobile phones at hand during my talk – you might need them,” were the rather surprising opening words by Erkan Özden, and they instantly caught the attention of the students. During his talk the students would ask questions to him on Snapchat. 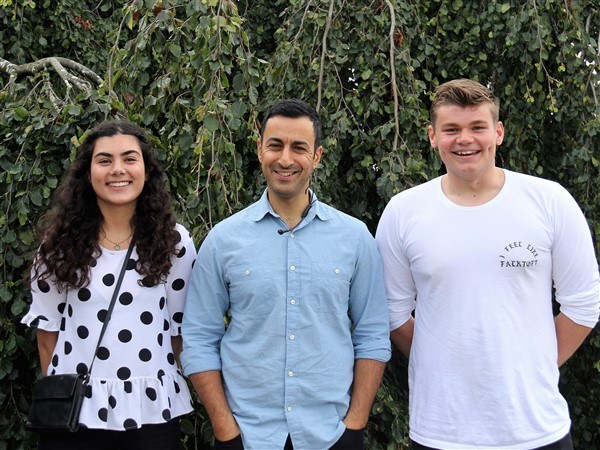 “He gave very good examples that showed why it is important to be critical of news on social media like Facebook,” HF-student Sebastian Hilden Madsen says and refers to the case of some young people in Macedonia who made money on making up fake news during the presidential campaign in the USA last year. “It’s like, now you get it. Before this joint lesson, I knew one should be critical, but I didn’t really know why.”

Jasaman Najafpour, a third year STX-student, agrees. “I have not really understood until now that there are actually people out there that write fake news and make money.”

Learning to detect fake news by making one yourself

After Erkan Özden’s talk there were workshops where the students had to write fake news themselves. “We were given the task of writing a fake news item based on something that has actually happened or could have happened,” Sebastian explained. “It made me aware of just how thin a line there can be between a twisted fact and a lie.”

“It has made me understand how important the framing of facts is,” says Jasaman. “If you have a good and thourough scientifically based report on something, and you choose to take one line and make that seem to be the whole story, you might very well be contributing to the polarization in social media.”

Many of the students attending the joint lesson had been prepared for it by their Danish and/or Social Studies teachers. Sebastian and Jasaman find that the issue is so important that Grenaa Gymnasium should make sure to have a joint lesson about fake news and social media every second year, so that all students can become more aware. 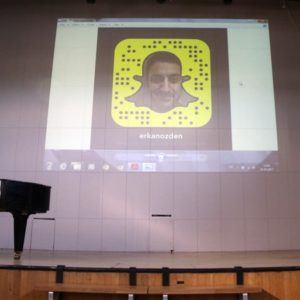 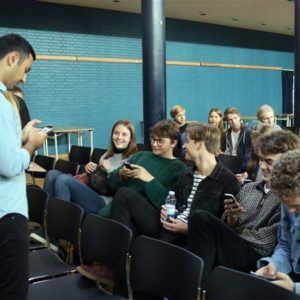 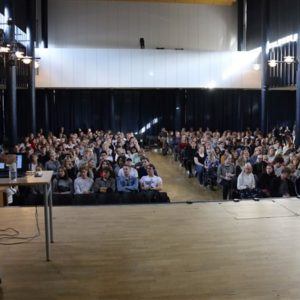 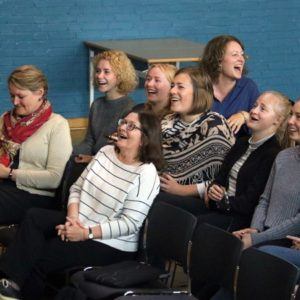 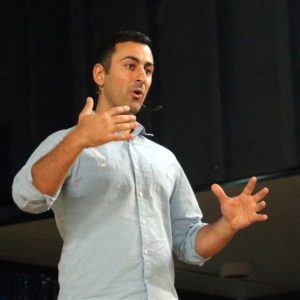 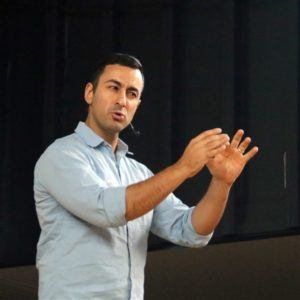 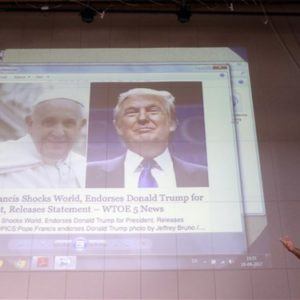 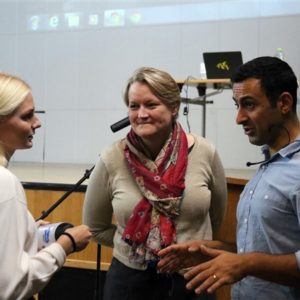 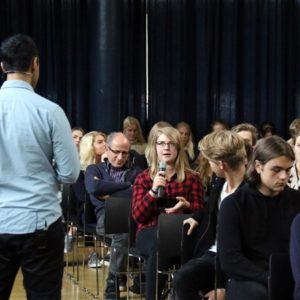 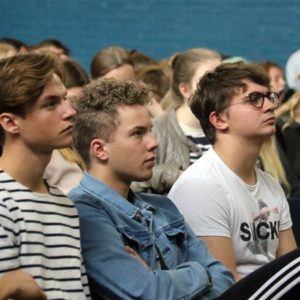 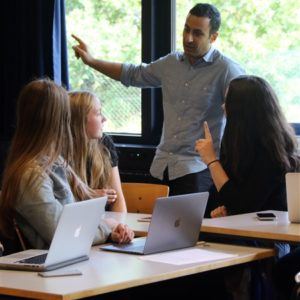 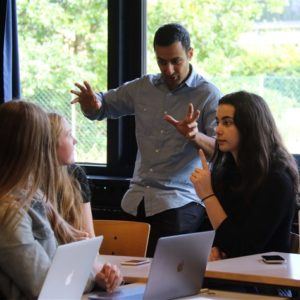 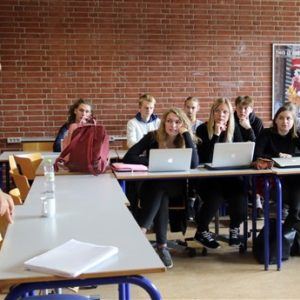 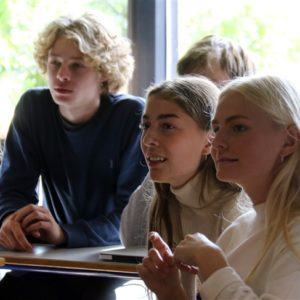 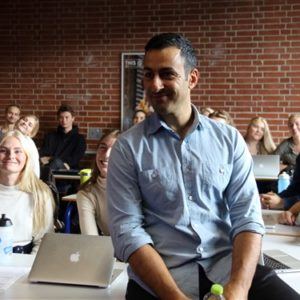 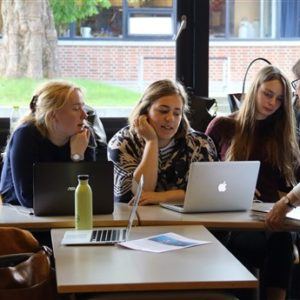 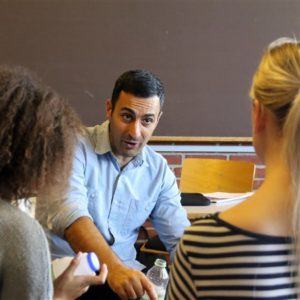 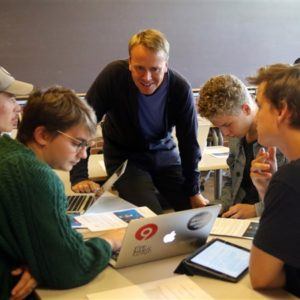 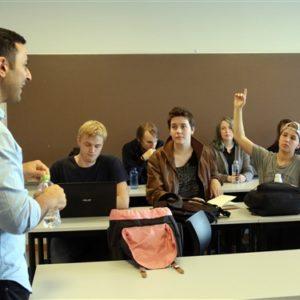 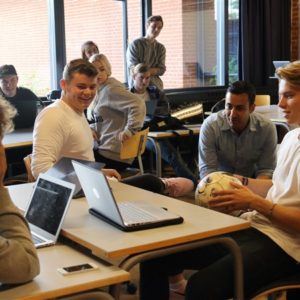