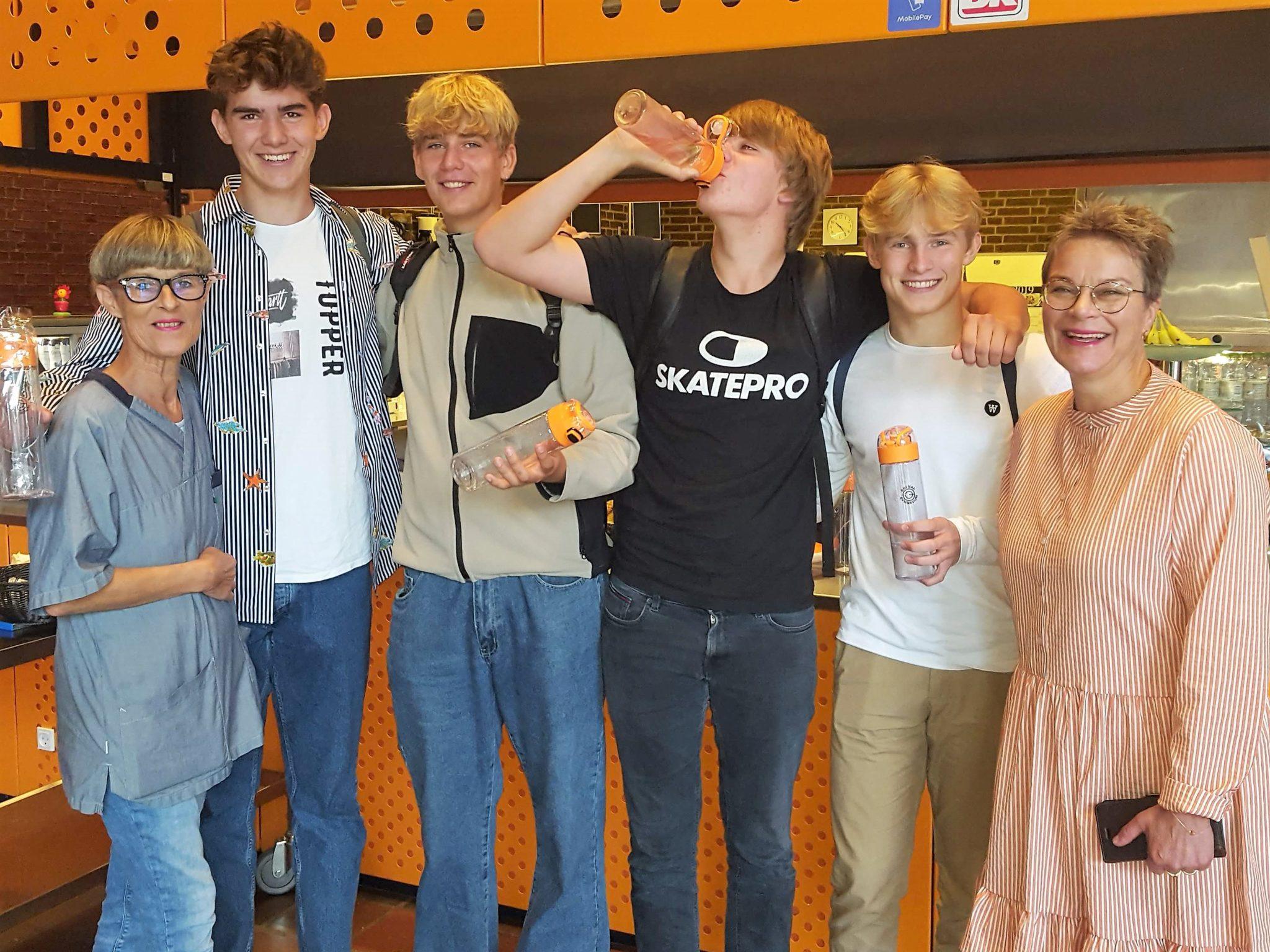 At school start a couple of weeks ago all first-year students were given a drinking bottle. All other students at the school can buy one for 25 kr which is the cost price. The hope is that fewer will then buy bottled water and to further discourage this the price for bottled water has been raised from 10 kr to 15 kr.

Generally the students seem to like the idea. “We have sold more than 50 drinking bottles in four days,” Sus Rasmussen, head of the canteen, says, and it turns out to be easy to find students who have nice things to say about the initiative. Tobias Kildal, Kristian Andersen and Laust Krogstrup are first-year students and they like their drinking bottles.
“You’ve got to stay hydrated,” Tobias remarks.
“And it is a bottle of good quality,” Laust adds, and demonstrates how easily the bottle is opened and closed.
“On top of that not to forget: it is environment friendly,” Aksel points out.

Helle Høgh, head of the Boarding School, explains that the idea came from the student representatives in the school’s Canteen Committee. They have been involved in the selection of the particular drinking bottle and a reusable salad container that is offered for sale as well.

“The students proposed that the school should reduce the use of disposable wrappings. This is the first step and something that also affects the teachers: there is no longer any diposable mugs at their coffee machine and they to have been equipped with a drinking bottle to be able to act as role models,” Helle Høgh explains. “And there will be no disposable tableware at meetings.”

“Unfortunately, we can not yet fully avoid disposables, but the students have accepted a minor rise in canteen prices that allows us to switch to wrappings and tableware are less environment harming than the ones we have been using till now.”

Helle Høgh promises that further steps will be taken. This is just the beginning.