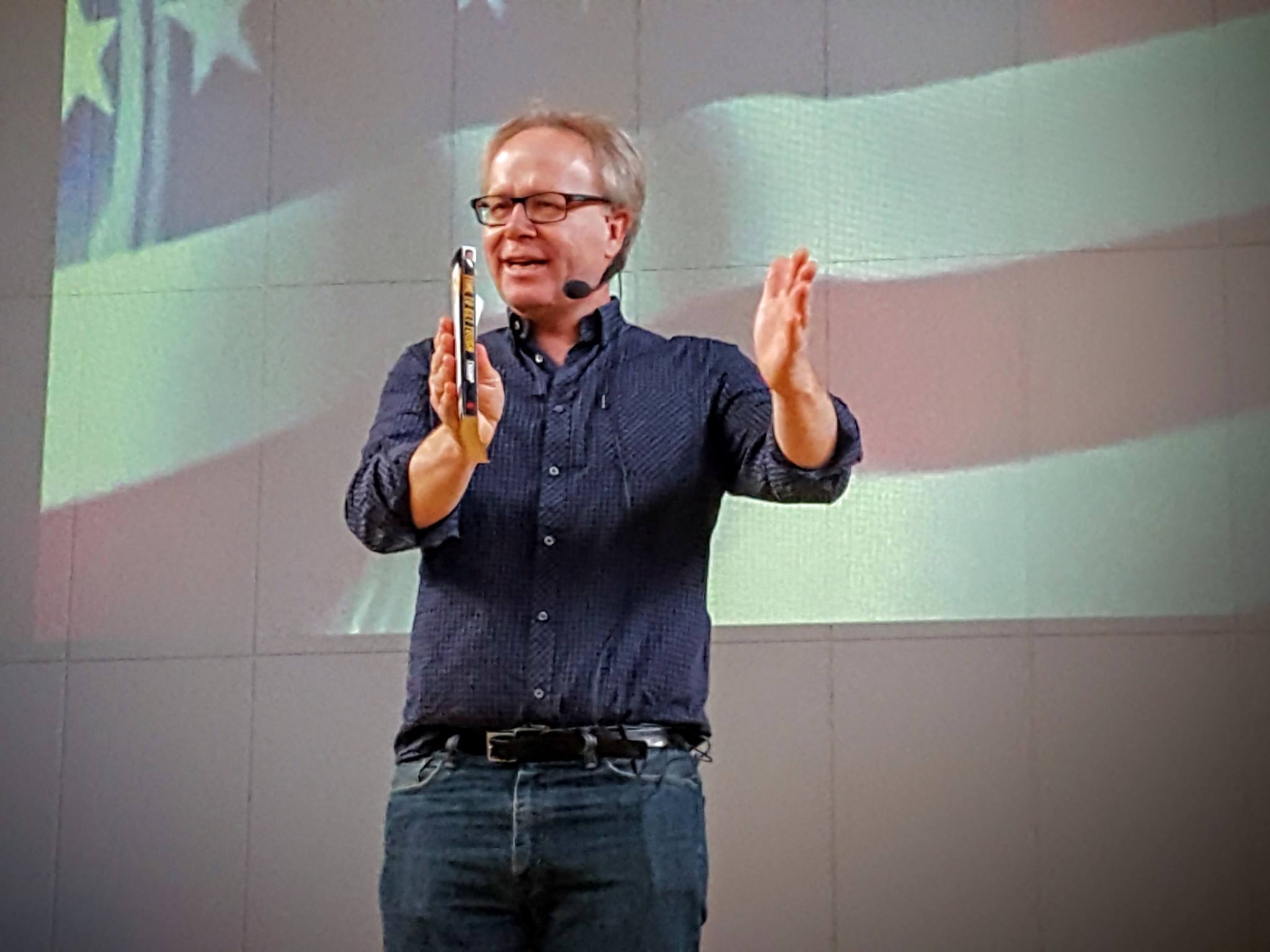 Grenaa Gymnasium Getting Ready for the US Election

Journalist and writer David Trads introduced his talk on November 1st at Grenaa Gymnasium by admitting to have been completely wrong about Donald Trump. “When Trump appeared as a candidate during the US primaries about a year ago, I was asked if I thought he would have a chance. I said, “Forget about him. He’ll be gone within weeks or a couple of months.””
However, having lived in the USA for 10-12 years in total and still visiting the country every year, David Trads, by framing his talk in a broad historical perspective and sharing an abundance of personal experiences, managed to keep students and teachers spellbound for an hour and a half. He gave a lucid portrayal of Trump, Trumps voters, why Hillary Clinton is so unpopular and what serious consequences for international relations might follow from either Trump or Clinton winning the election.

Cecilie Søndergaard Pedersen, Judith Anna Molich og Johannes Vestergaard Pedersen, all second year students, were impressed. “You really felt that he is an experienced lecturer. To me a lecture this good is one of the best things one can spend time on,” Johannes says. “I was impressed of how he managed to integrate his many anecdotes into the broad picture,” Cecilie adds.
Especially Trads’ account of one of Trump’s rallies which Trads managed to be allowed into only after having dressed himself in a lumberjack shirt and a Trump cap, stands out in the minds of the three students. “He has really been out there and has impressions and insights you do not get otherwise,” Judith says. “Yes, it’s a bit scary that the rallies are so staged,” Johannes says, referring to Trads’ description of how you’ll be escorted out if you do not applaud when the hired applauders do, and how Trump brings the audience to raising one arm and shouting “the Mexicans, the Mexicans” when rhetorically asked who will be paying for the wall he wants to erect at the border between Mexico and USA.

Being well prepared for the event

Cecilie, Judith and Johannes had prepared themselves for Trads’ talk during the previous weeks in the social studies classes and English classes. And right up until Trads’ visit, they were given basic information about his credentials and prepared questions to ask him.
“I’d wish he had been less biased against Trump, but on the other hand it is his personal impressions and views that make it all come alive,” Cecilie says. And she adds, “I think Grenaa Gymnasium deserves praise for making such an event possible. This was definitely 90 minutes that gave me new insights.”

This event was attended by all STX and HF students at Grenaa Gymnasium. Last week there was a lively panel debate in English for all IB students. 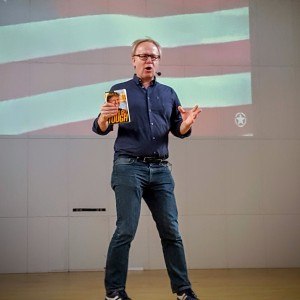 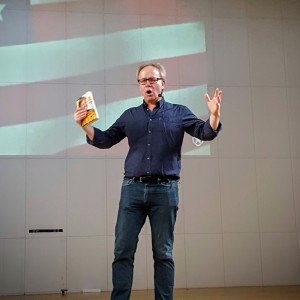 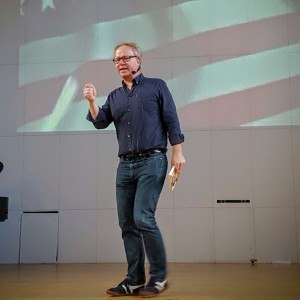 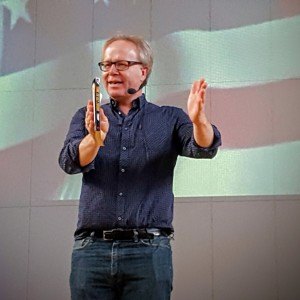 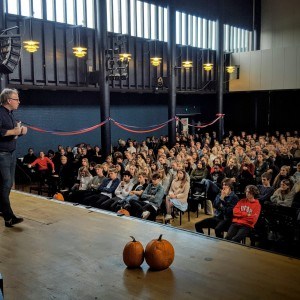 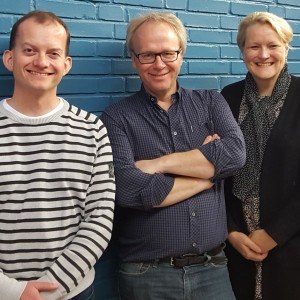