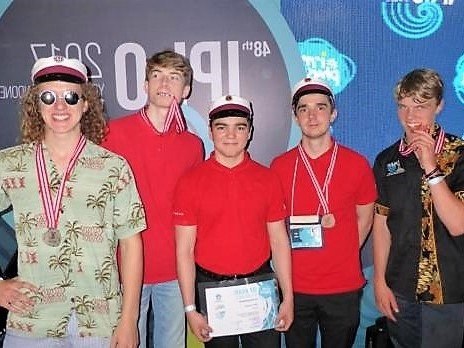 A little less than 400 young people from all parts of the world took part in the International Physics Olympiad and Malthe was among those who achieved a bronze medal.

Malthe Fiil Andersen graduated from Grenaa Gymnasium earlier this year and is now a student at the Physics Department at Aarhus University. But during his summer holidays he participated in the International Physics Olympiad in Indonesia.

“This has been such a great experience – to try to solve the physics problems assigned, to be able to share one’s passion for physics with others and to talk with people from all over the world. And this was my first trip to a country outside the West,” Malthe explains. He therefore also appreciated very much that there was time for sight seeing and getting acquainted with other participants. 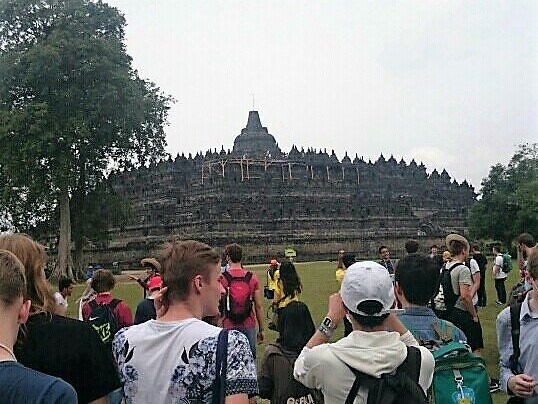 Malthe explains that they were five participants from Denmark in the week long event. “The competition had two parts: an experimental exam and a theoretical. The experimental exam was about diffusion in water, in this case the diffusion of salt in water. Laser is used for measuring the diffusion and a lot of calculations have to be done. How fast you could do the calculations was essentially what you were tested in. Something that they practice a lot in some countries,” says Malthe. “It was an interesting subject matter, but generally the participants didn’t like the task because of the time consuming calculations. Many, including myself, didn’t manage to finish.”
The theoretical assignments were very good and very difficult, Malthe explains. There were three problems to be solved concerning natural disasters, galaxy clusters and the age of the universe respectively. “I managed to do work on all the subdivisions of each problem, but only finished a few. Many of us thought that this was it – now we wouldn’t achieve a medal. But it turned out that even the leaders who were to assess our papers found them extremely difficult.”

The atmosphere during the flight back home was very good. Two of the Danish participants returned with silver medals, two with bronze medals and one was highly commended. This was an extraordinarily good result which attracted the attention of national media.