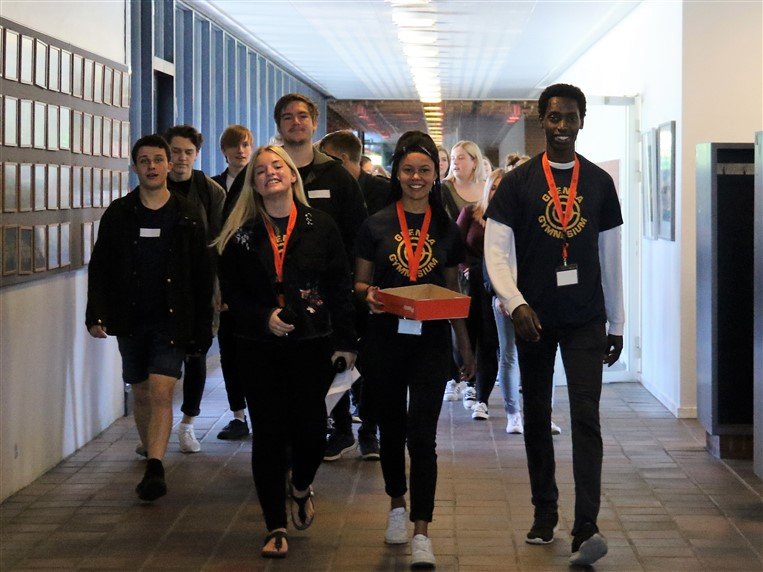 On Monday, August 15, Grenaa Gymnasium welcomed 225 new students admitted into the school’s three upper-secondary programmes, one of which is the IB Diploma.

Many of the Pre-IB and IB students live at Grenaa Gymnasium’s Boarding School which has room for 115 students. There are currently no vacancies.

“We are happy with the number of students recruited this year,” Head of School Helene Bendorff Kristensen says. “Taking into consideration the declining year groups of young people in our region, we are not surprised that the number of students admitted to the two national programmes STX and HF, has dropped slightly.”
Helene Bendorff further explains, that for IB Diploma and Pre-IB 54 new students have been admitted. This year’s IB1 has 45 students, some of which were Pre-IB students at Grenaa Gymnasium last year. “So, our recruitment for IB is stable, despite the fact that more schools in Denmark have become IB World Schools,” Helene Bendorff Kristensen explains. 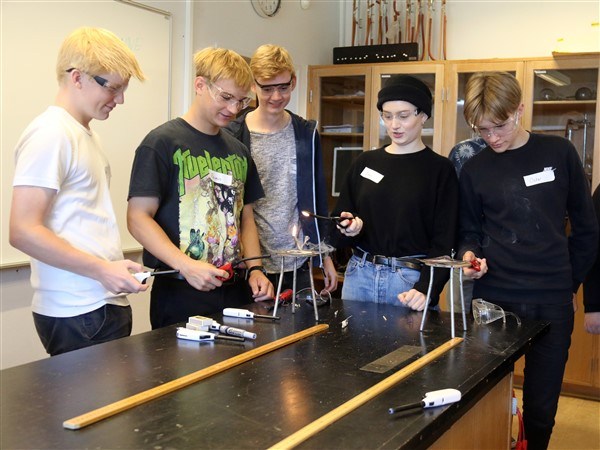 New students getting acquainted on the first day of school.

Helene Bendorff Kristensen continues, “We are very proud of the overall average marks of the IB students graduating from our school this summer. It was 33.8 points which is one of the best in this country and far beyond the average IB score world wide that was 29.98

The results of the STX students were also very good this summer. The average increased from 6,98 in 2016 to 7,03 in 2017 (12 is the highest grade).
“And of course we are extremely happy and proud that one of last year’s STX graduates earned a bronze medal at the International Physics Olympiad in Yogyakarta, Indonesia,” Helene Bendorff Kristensen says.