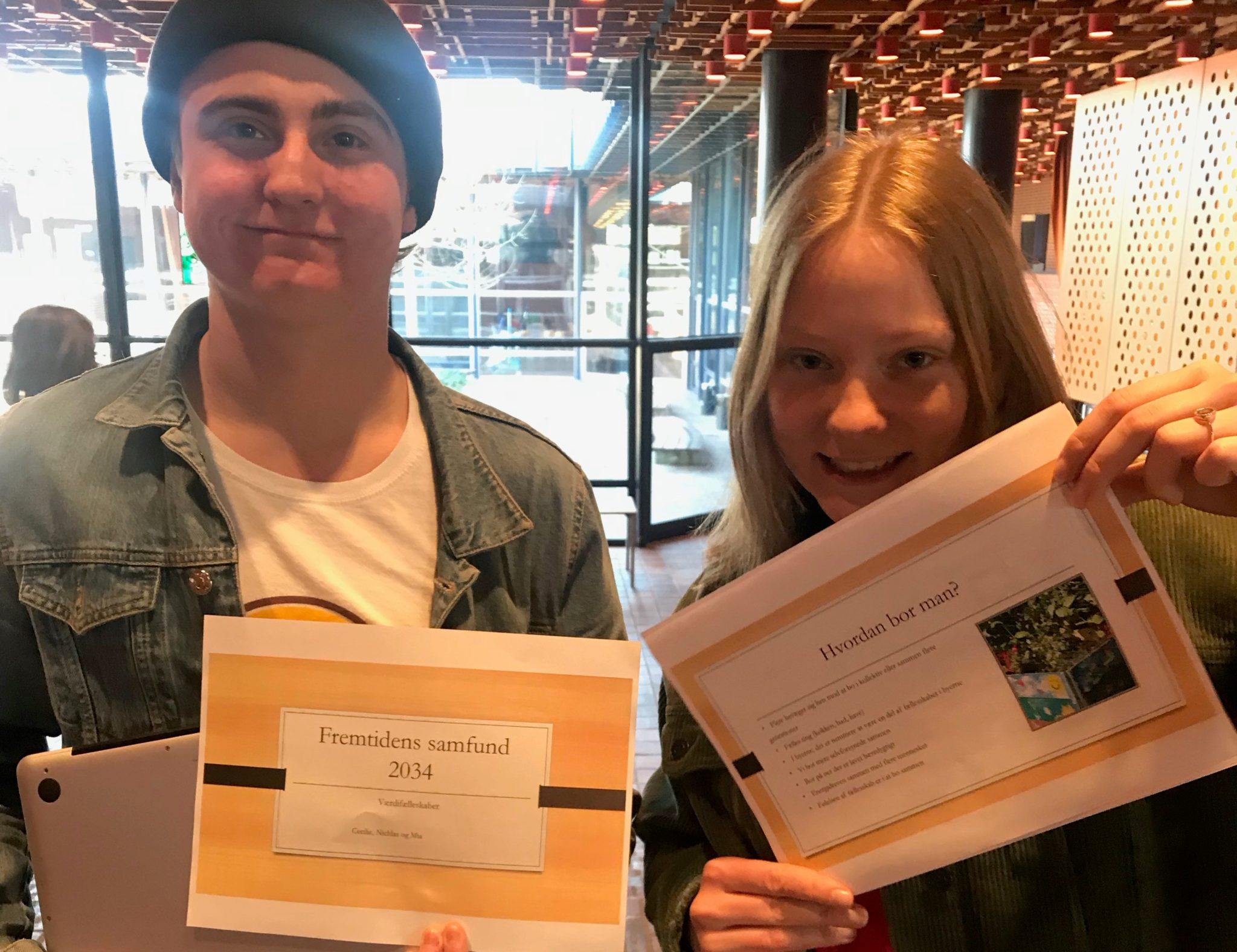 Students at Grenaa Gymnasium developed their ideas about the future

Navigare is the name of a new activity at Grenaa Gymnasium. During three days the usual schedule is cancelled and instead the students focus on topics and skills that might not be prominent in the curricula or that some students might want to get an extra chance to improve in. “Does Zlatan lie? Reading and writing autobiographies,” “Campaigns. Get people to support your agenda,” “Andreas. The first Dane in space,” and “Plastic in nature. How widespread is plastic pollution?” These were some of the topics that all 1st and 2nd year students in STX, HF and Pre-IB could choose among for the first two days. 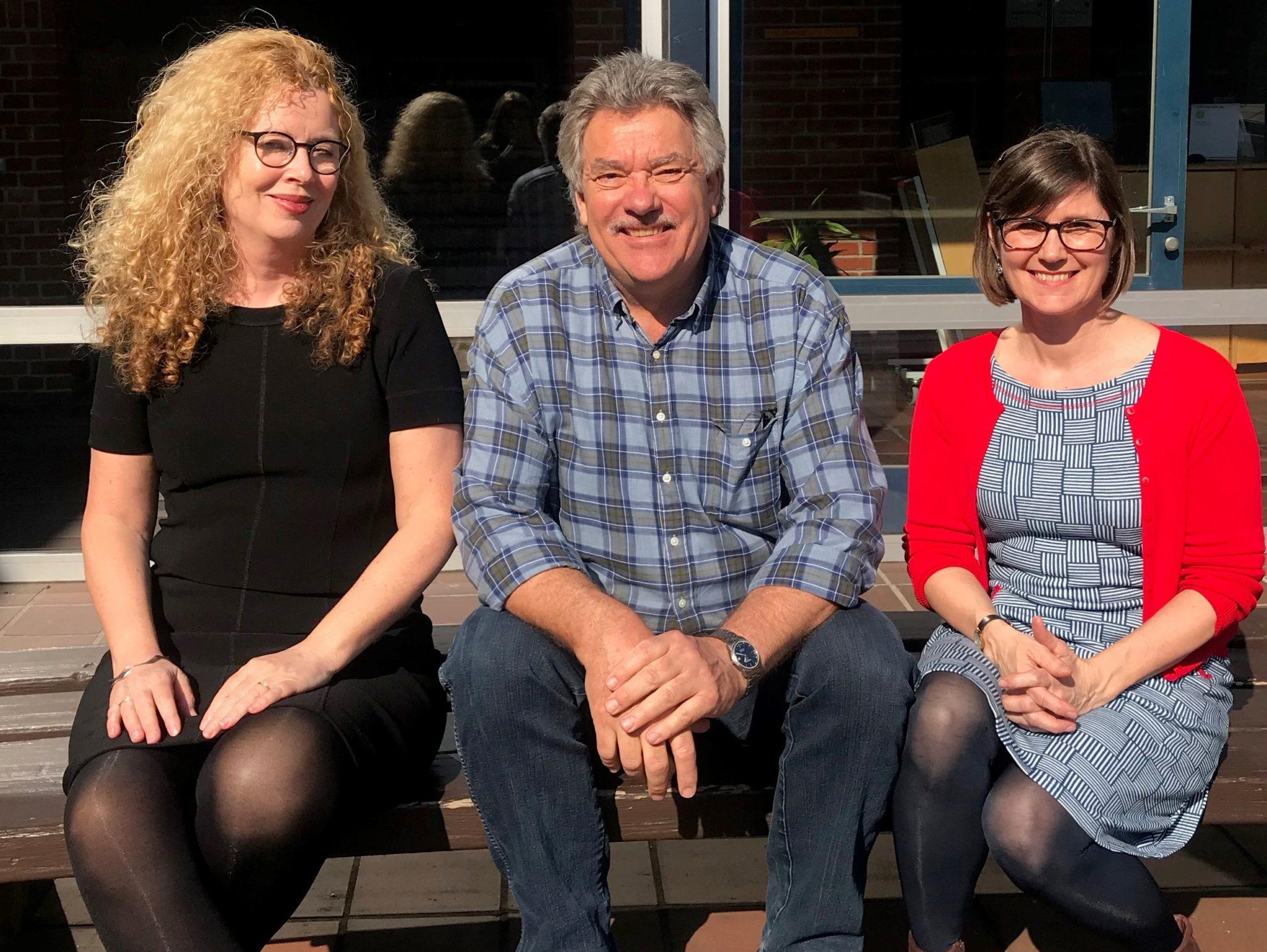 Third day’s topic, The Future, was the same for all. Anne-Marie Dahl, futurologist and holder of the consultancy Futuria, gave the students an opening introduction to different future scenarios and megatrends. “I would like the students to try to look into the future in the sense that they try to imagine what it could be like, and to consider how they would like it to be.”

Oluf Kjær, also a futurologist and former social studies teacher at Grenaa Gymnasium, explains further: “You could say that today’s event is an image of a future. There are many ways to learning and acquiring knowledge. It doesn’t always have to be through sitting on a chair at a table, looking at the blackboard.” And the task set for the students followed that line of thinking. Within a specific future scenario assigned to them, they were to develop an example of how something might be – disregarding whether they personally liked it or not – in the year 2034. Many ideas sprouted. For example a Love Coach App, a mini-society with no modern technology, a friend-finding app “Friender” and a Build-a-Baby concept. 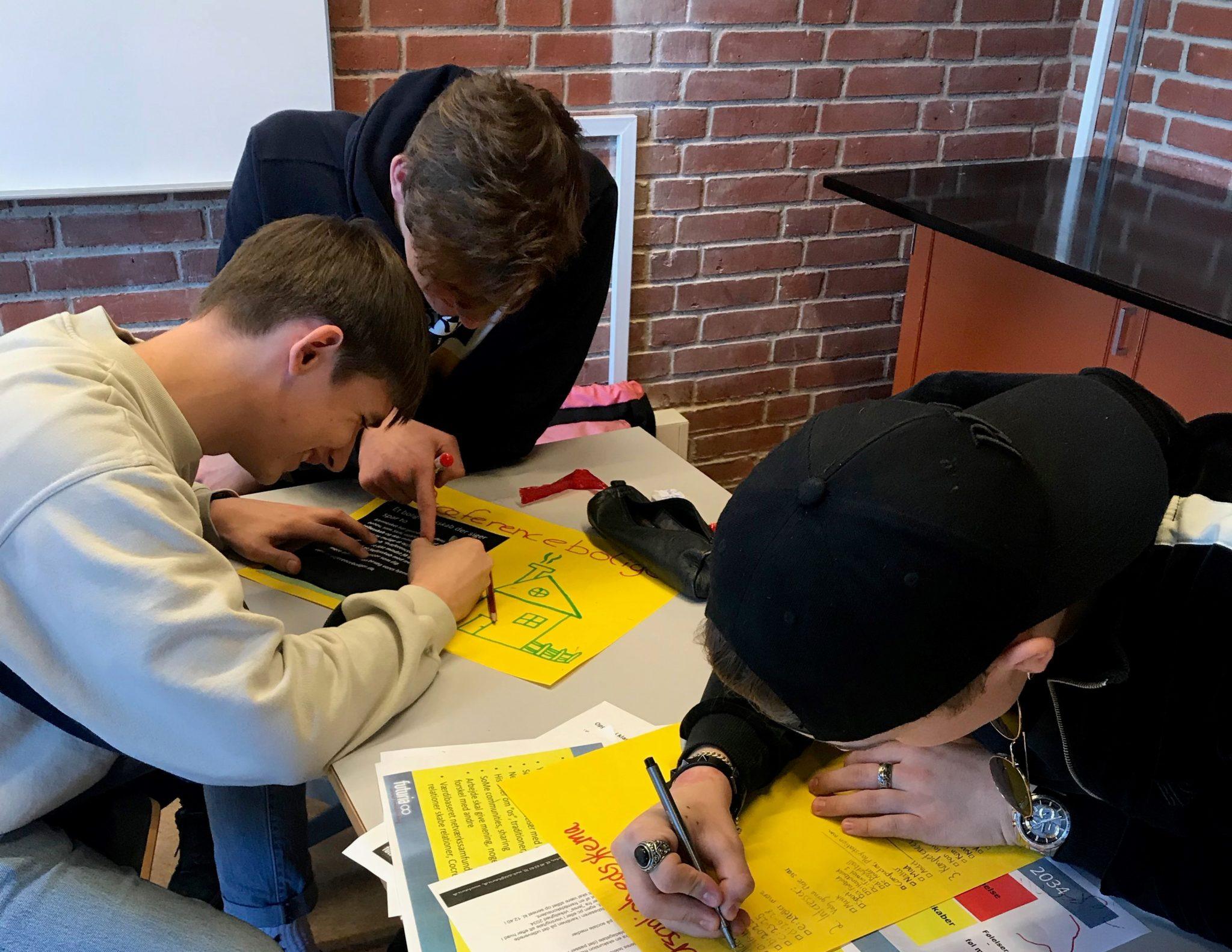 Susanne Dybdahl, Head of STX at Grenaa Gymnasium explains about the intentions behind Navigare: “Our aim is to unleash our students from daily routine and nurture their potientials for creativity and make them aware of the value and fulfilment in learning about something that interests you.”

So, what do students think about Navigare and the attempt to imagine the future?

Andreas, 1st year STX, was assigned the scenario “Emotions and Community” and wrote a 2034 youth rebellion song. “I like that the school has events like this where we get to be creative and work in groups. Navigare has been great – and today’s topic was different. We don’t usually try to spell out the future.”

Another 1st year STX student, Alberte, who was assigned the same scenario as Andreas, adds: “It is obvious that this is usefull for us in the future. It widens our horizon and it is a really good thing that we get to use our imagination and creativity. Alberte made a 2034 facebook-profile for a woman living in a commune based on a philosophy of environmental sustainability.