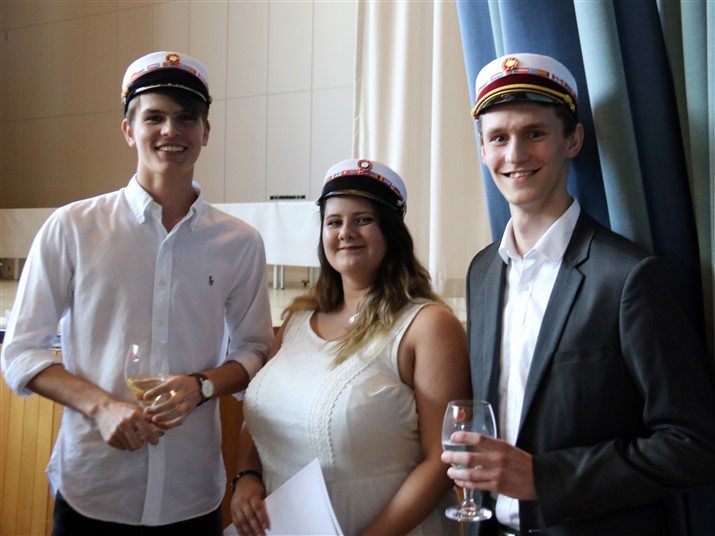 On May 17, 43 IB graduates from Grenaa Gymnasium were celebrated at a festive ceremony at the school. Parents and siblings had come from near and far to take part.

Read about the event and see many more pictures below. 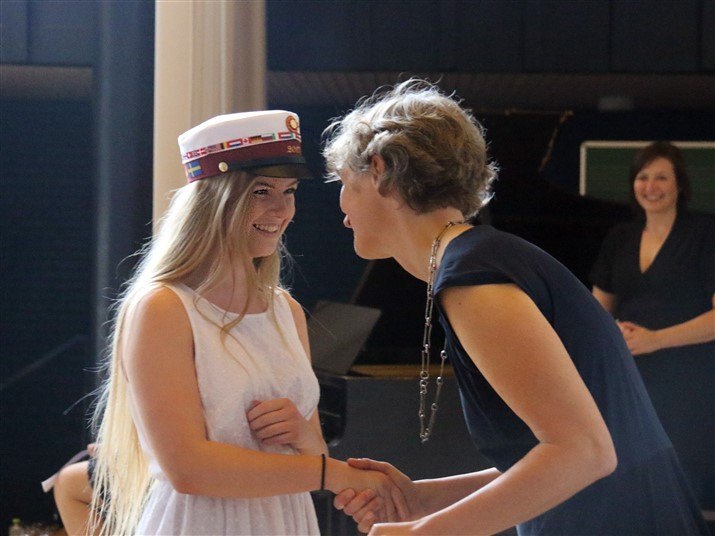 IB Coordinator at Grenaa Gymnasium, Eike Strandsby, congratulates one the the graduates.

The ability to persevere

“One side of the IB education is very much like this paper,” IB Coordinator Eike Strandsby said in her graduation speech to the students, holding an IB-folder of the kind well-known to the students after their many written exams. She continued, “It is formal and old-fashioned. You write all your exams individually, by hand, and you have nothing with you but your brains. The thought can make you anxious, but you learned to rely on yourselves, that is on the skills you acquired and the knowledge you gained. You can persevere. That is a quality that has to be earned and you have!”

Someone holding a different perspective can also be right

Eike Strandsby also drew attention to the fact that the IB Diploma not only sets high academic standards, but also aims at developing students’ capacity for empathy and multicultural social skills and encouraging their active involvement in the world. “You have met these challenges not only in the Theory of Knowledge class, but also on an everyday basis in the multicultural environment that Grenaa Gymnasium offers. This has required of you to adopt a diplomatic approach and to develop your ability and will to compromise.” 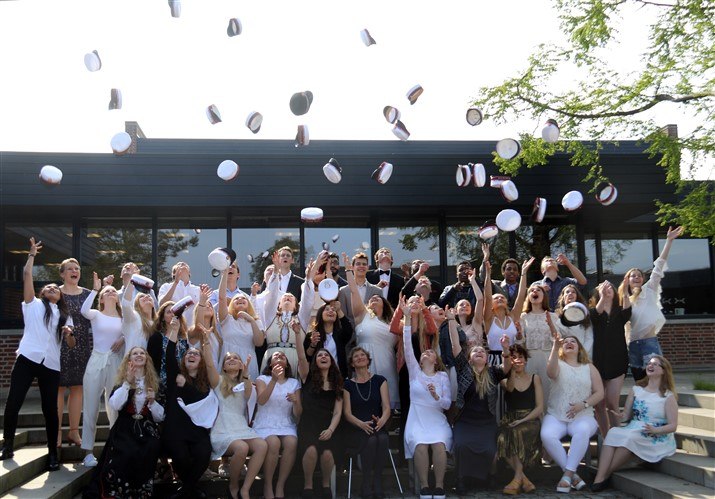 Throwing the caps up in the air is a tradition.

After having received their preliminary graduation papers and the traditional caps being officially placed on their heads, three of the IB graduates held a joint graduation speech that in many respects elaborated on themes from the coordinator’s speech, but from the students’ perspective.
Frederik Bjerregaard recalled his first days as an IB student at Grenaa Gymnasium. “I was very nervous. What if I was not good enough? And if they found out, would I get thrown out? Luckily, they did not find out,” Frederik said with a twinkle and continued, “But most importantly, would people like me? It turned out that I had nothing to worry about. I quickly made new friends and there has been so many extra-curricular activities and social events to enable that, for example the Gala Event and the London study trip.”
“It is important to think about how we even got here,” Richardt Fulgsig Hansen said, having referred to the seemingly endless stream of assignments and homework. “It is not an achievement we can do on our own, it is something that requires support from our classmates. The fact that we went through IB together connected us in such a way that we were able to share our problems and thoughts with each other. I know that this has helped many of us to get to where we are now.”
In her part of the speech, Sofie Krause Halvorsen highlighted one of the core elements of the IB Diploma programme, Creativity Activity Service (CAS). “CAS has taught us to look beyond IB and ourselves, to step out of our comfort zones and realize that something good might lie behind the borders that we know.” 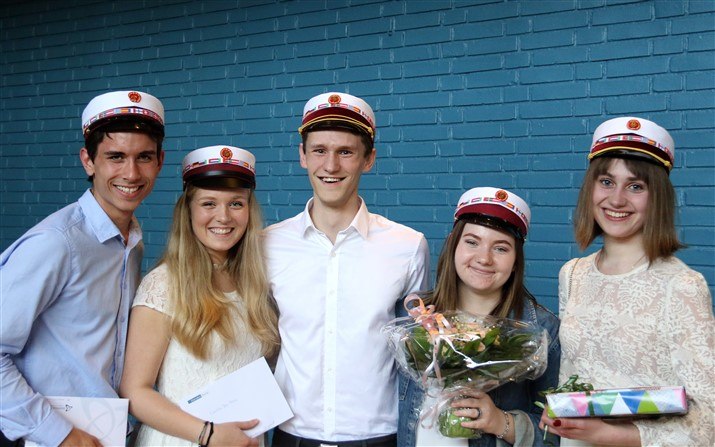 The following students received the grants available for IB students at Grenaa Gymnasium: 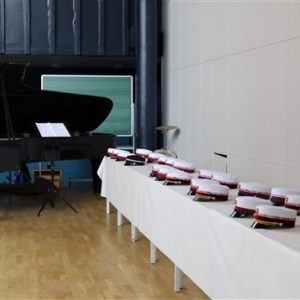 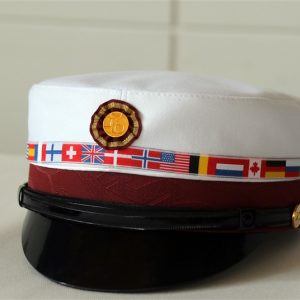 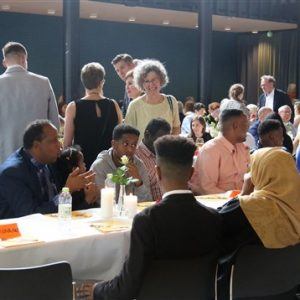 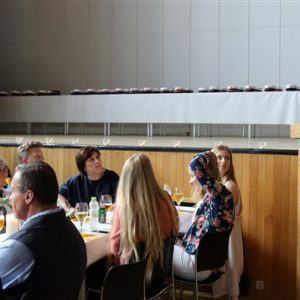 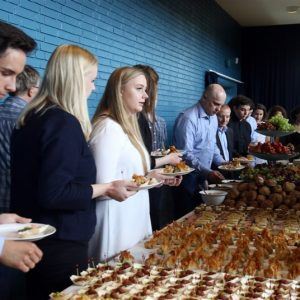 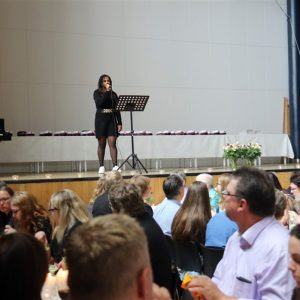 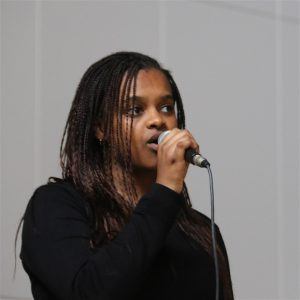 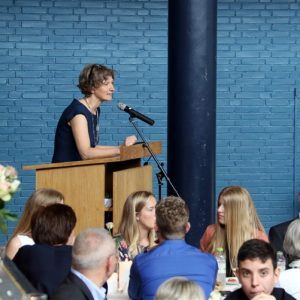 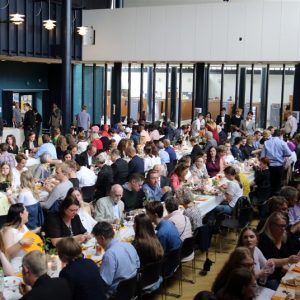 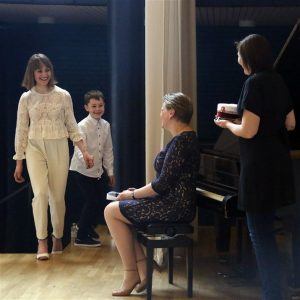 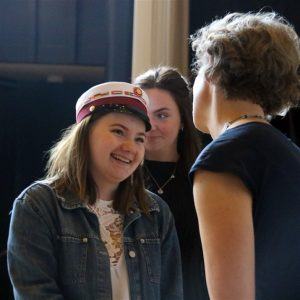 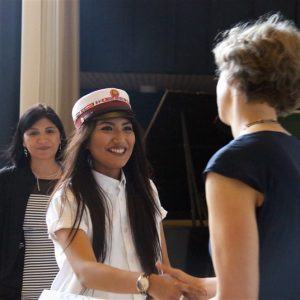 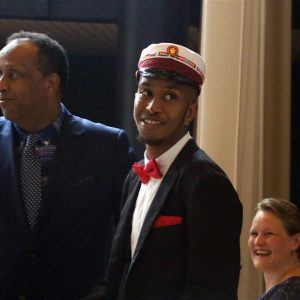 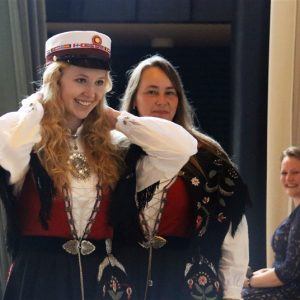 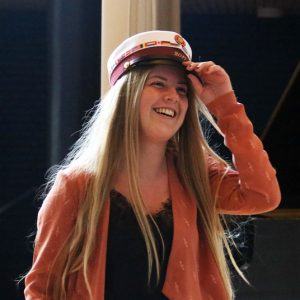 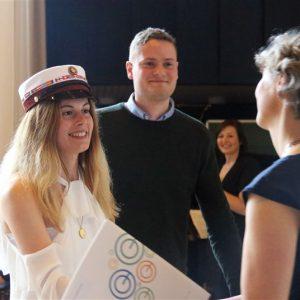 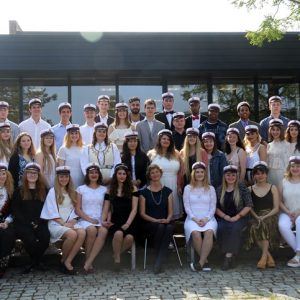 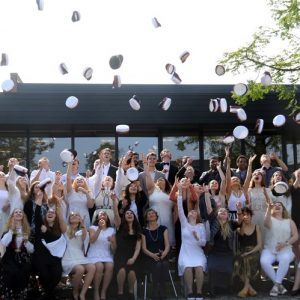 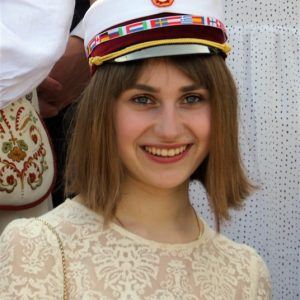 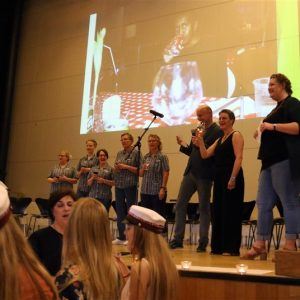 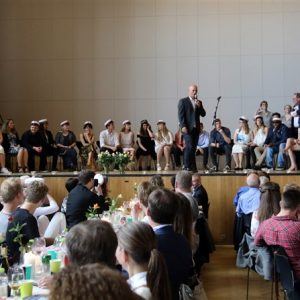 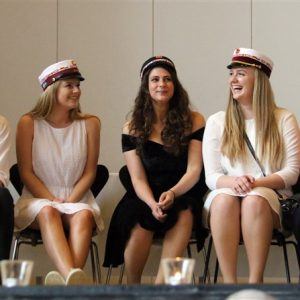 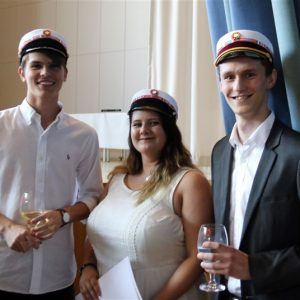 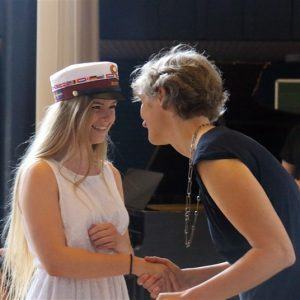 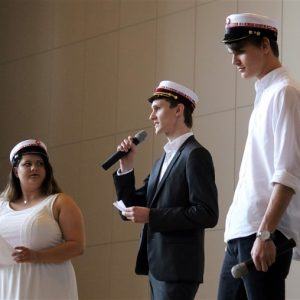 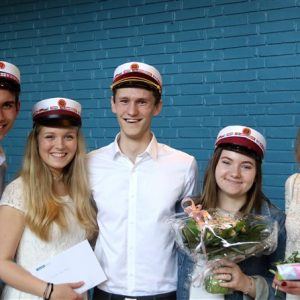