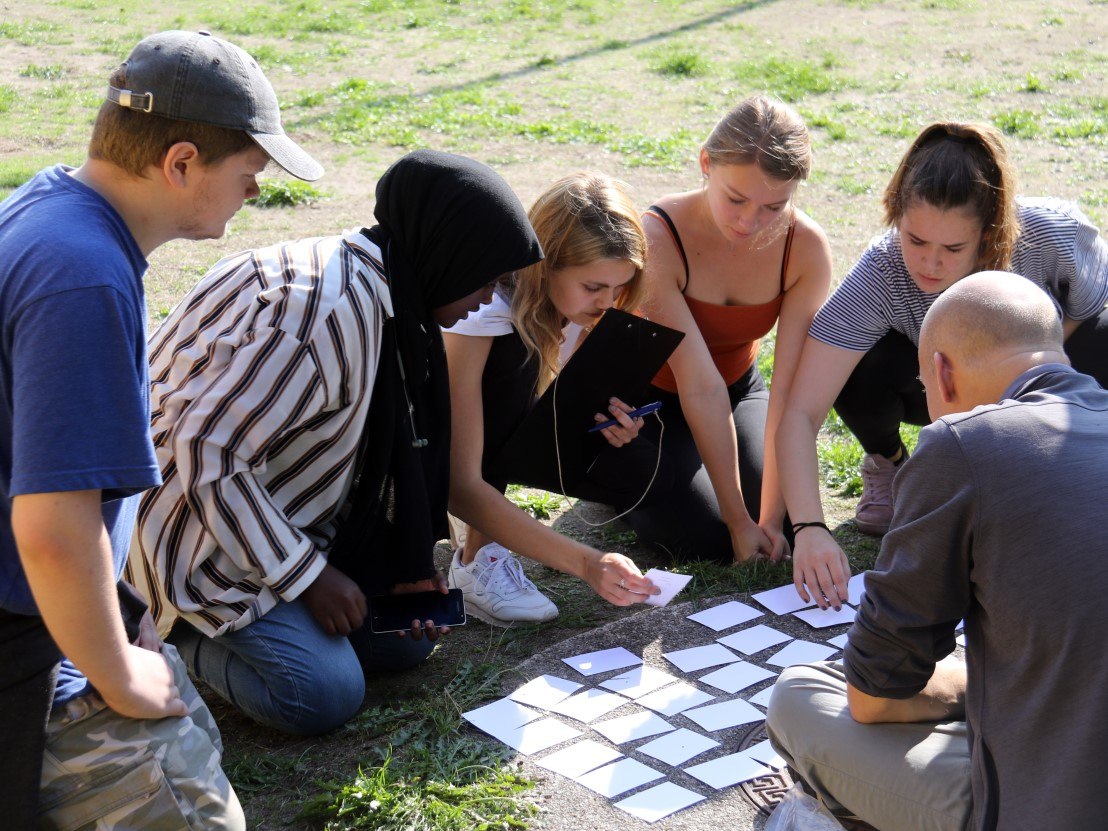 An IB Day of Bonding and Team Work

A day of excitement and delicious food evoked bonding and team spirit with in the IB group. 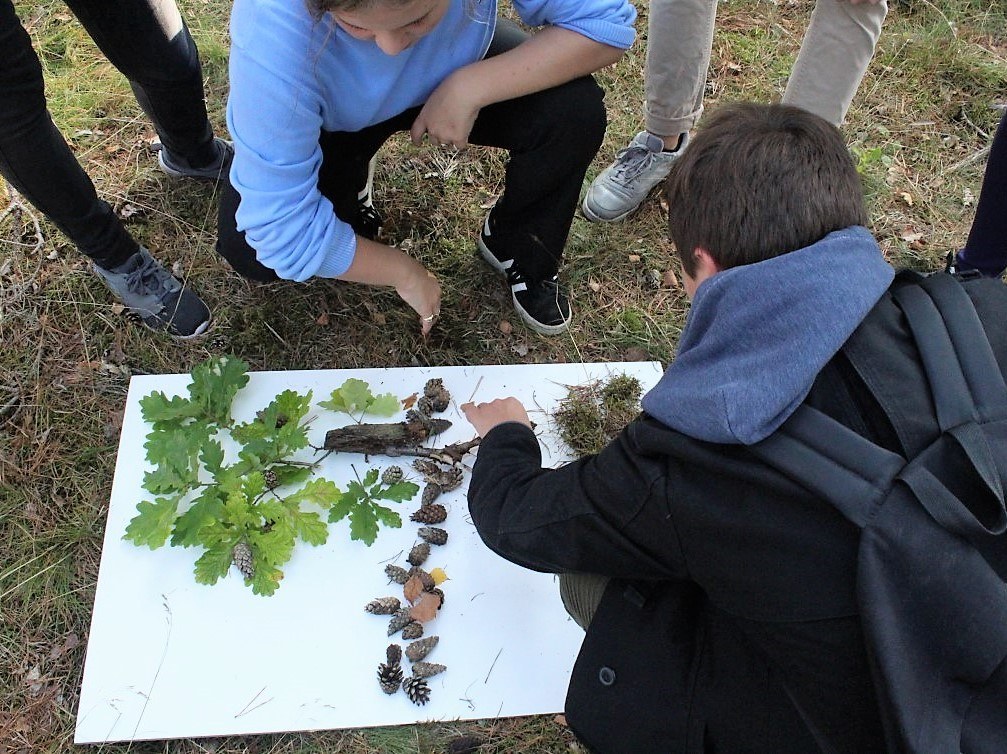 The strange but fun team building activities allowed each student to explore the different subjects while being open-minded to the knowledge of those they worked with. Beginning with being split into groups and raking through our brains to assign words beginning with the same letter of our first name; ex. Marvelous Mariela, Alibaba Alba, Angry Alina etc. Many walked in awe at the scenery seen on the way to the beach house as we strolled through the forest while the morning mist was just lifting. Some got lost but managed to find their way in the end… On our way we took pictures art describing nature.
As soon as the last group arrived we began the activities; such as in art we drew our depiction on nature, while in biology we created a tree of life (ironically out of dead leaves, flowers and branches- we aimed to also catch living creatures but not injure them). We were challenged in history to find seven historical characters that marked the world… 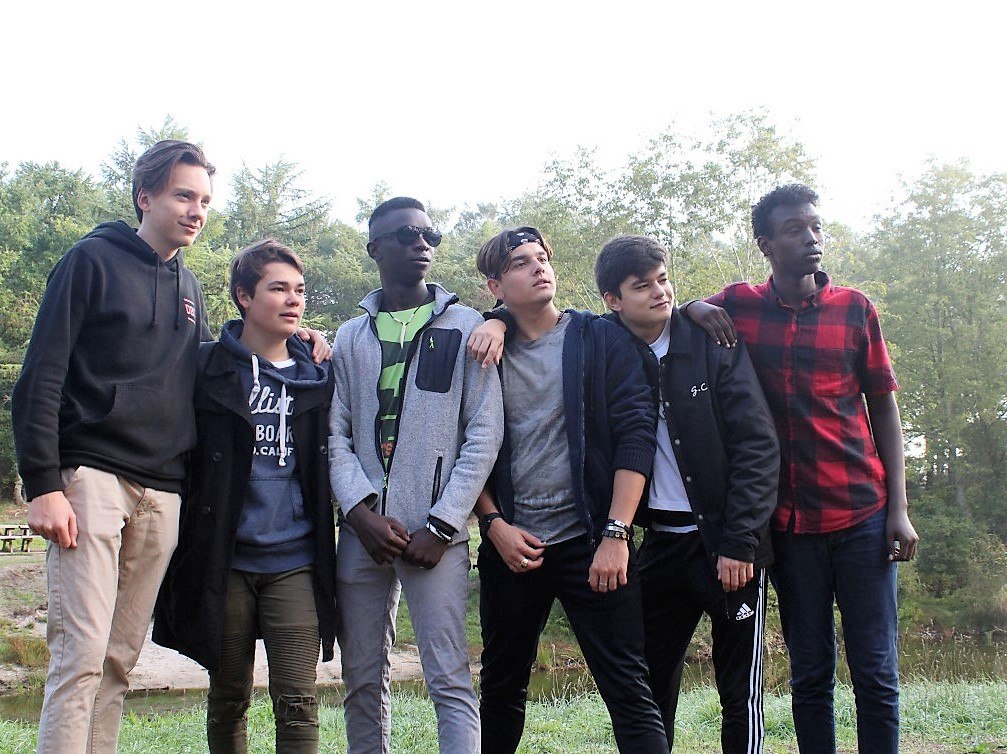 and many other challenges related to IB subjects. The challenges varied in difficulty. It promoted team work between the different grades as they needed to work together. The clock announced 12.30 when we aimed back to the beach house to have lunch and rest a bit before the afternoon’s activities.
Finally we made our way to the beach. We hurried to the top of the dunes delighted by the perfect weather. In teams we scurried to the shore to complete a sand building competition in 20 minutes! The results of the attempts were… interesting; turtles, mermaids, an IB student crying at the beach and two students’ bodies were buried under sand to form mermaids, only their little faces sticking out. Time for the traditional game… the teachers then introduced an intense game of tug of war 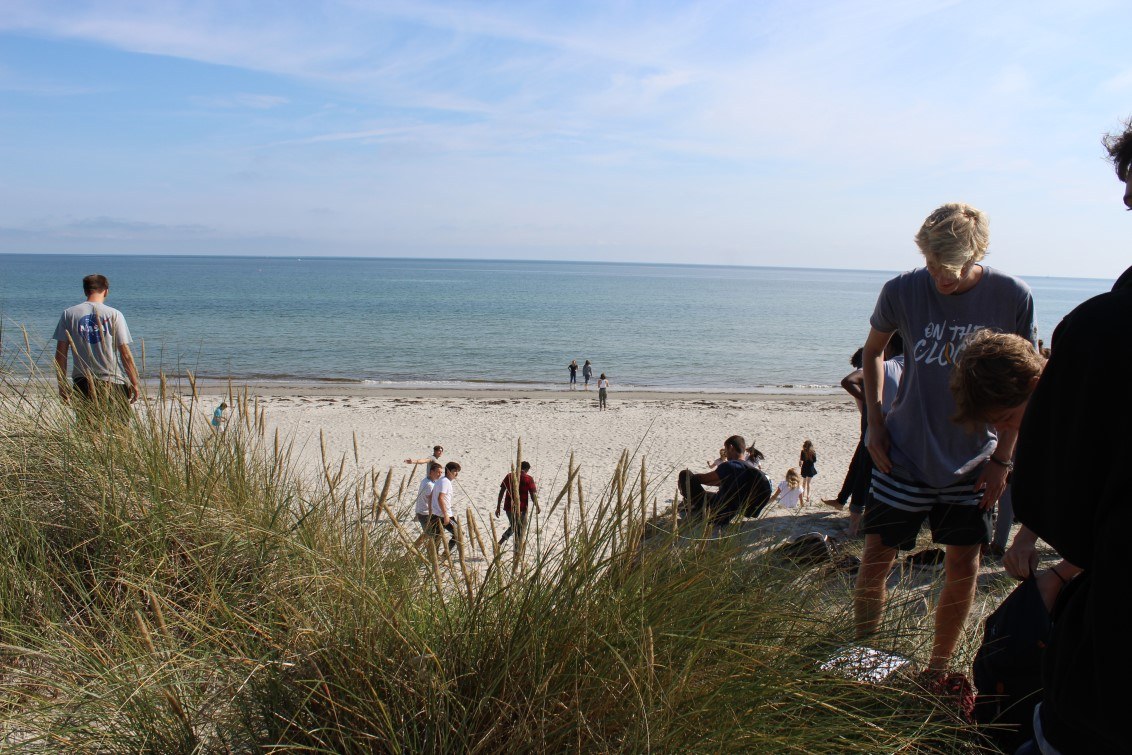 in which each student represented her/his grade and challenged to pull the rope with their team. With the great weather we had, some brave students took a dip in the cold water.

After a lovely time at the beach, we needed something that could give us more energy for the rest of the afternoon… Time for a break! The day before, a mouthwatering combo of brownies and cookies was made by the baking crew.
While everyone was having fun doing activities organized by some imaginatives students, it was time for the cooks to show up! Six volunteer students spent hours in the kitchen, cooking as gourmet’s chefs for all the IB1’s students and 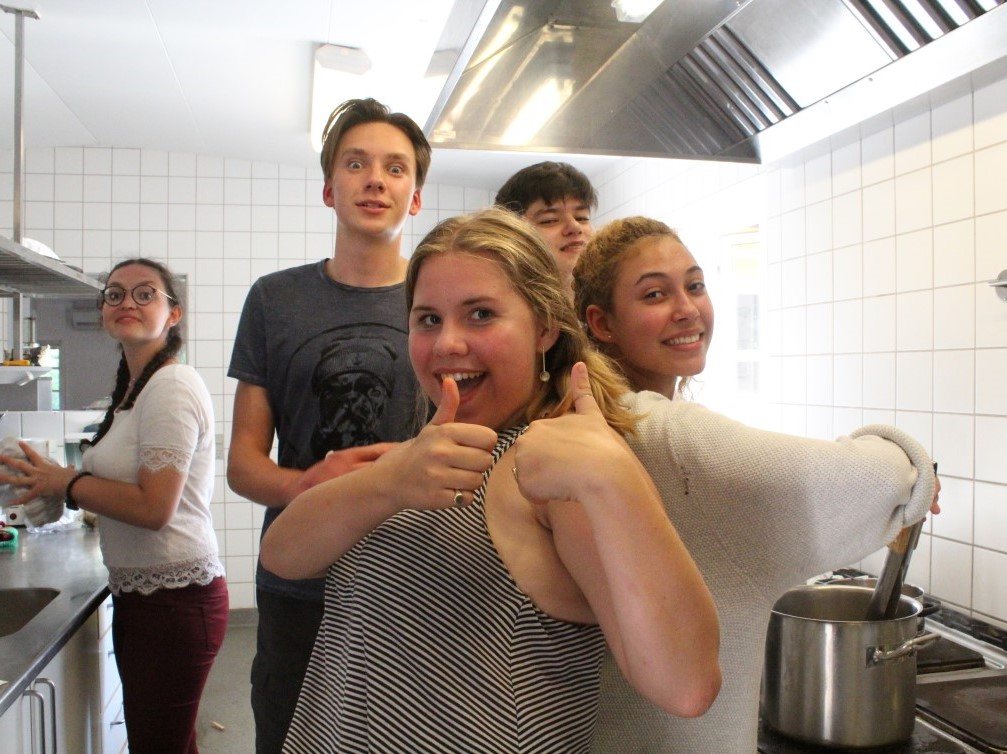 teachers dining.
Menu of the day: Tortillas and homemade chicken wings!
All stuffed and happy, it was dishes and cleaning time, everyone helped out.
To end the day on a fantastic note, we had the privilege to spend a joyable moment next to a bonfire with some marshmallows and biscuits before going back home, for the lucky ones that live at the boarding it was a light leg workout as it took an hour to go back.
All in all it was a wonderful day in which we learnt to communicate, reflect and get to know each other better. 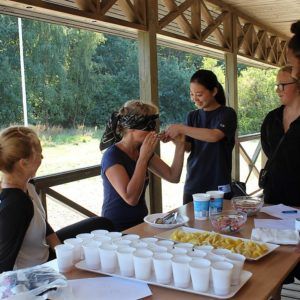 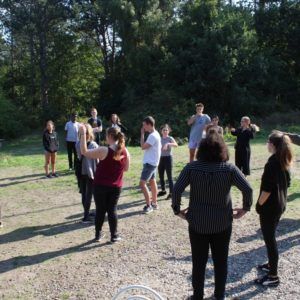 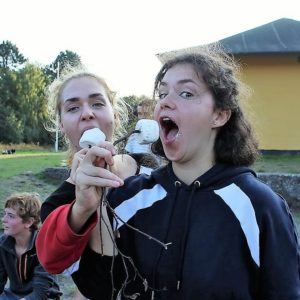 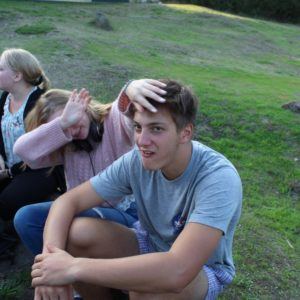 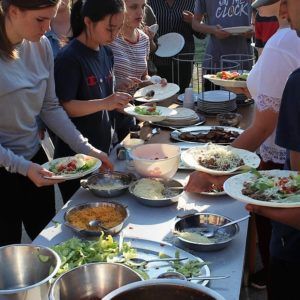 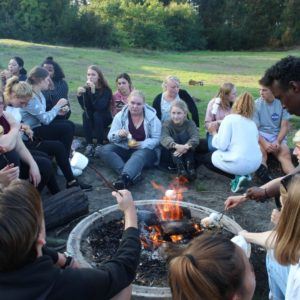