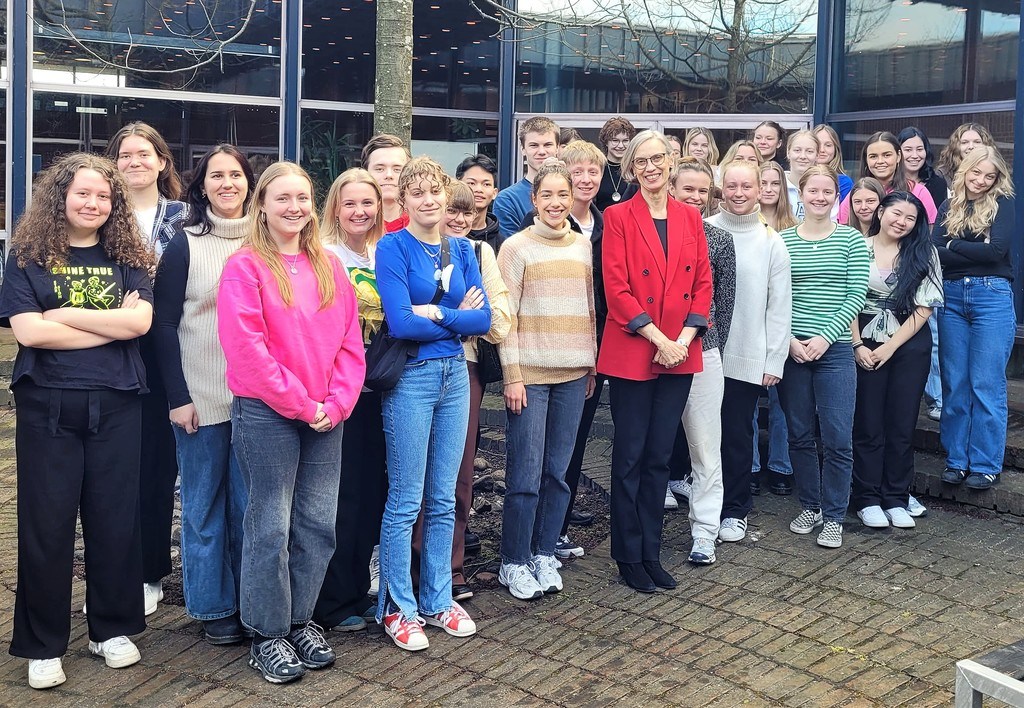 Later this year, on April 10th, there will be presidential election in France. Therefore the STX French students joined together to hear former foreign policy journalist Connie Pedersen explain about the French political system and the main developments in the recent years and days. Connie Pedersen follows French politics closely and lives partly in France. 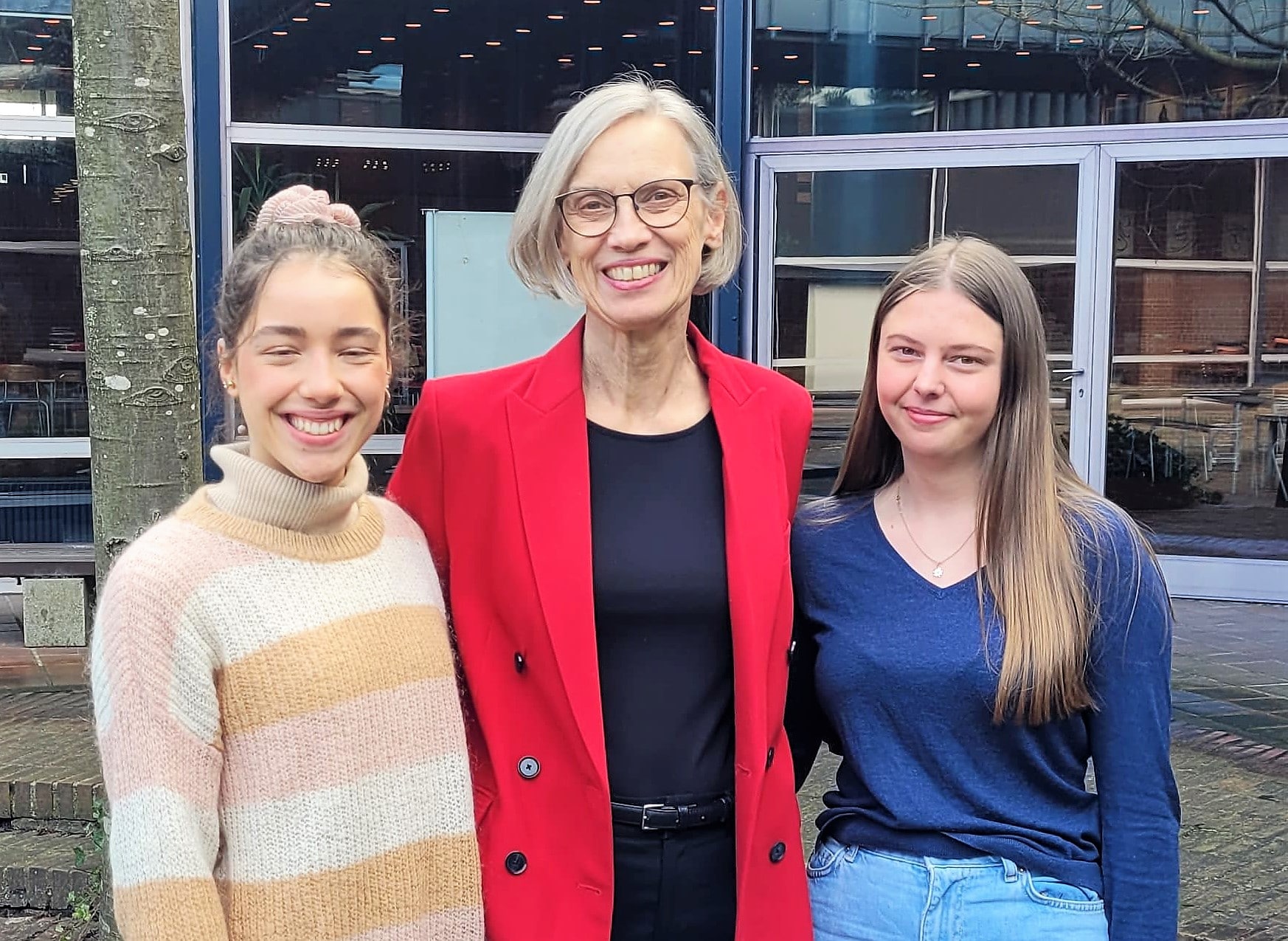 Third year student Hanna Vadsholm Aoude and second year student Elise Kjærgaard Crouzet explain about this joint lesson:
– The talk was about the presidential election in France. We learned about the political parties and candidates and about the requirements to be allowed to run for presidency in France. Additionally, she explained about the electoral system and she gave us an overview of polls regarding the election, Hanna explains.

– She also explained how one votes in France, who has the vote, which candidates are leading, what it takes to be able to run with a party and what the different political parties stand for, Elise adds. I didn’t really know about this before. 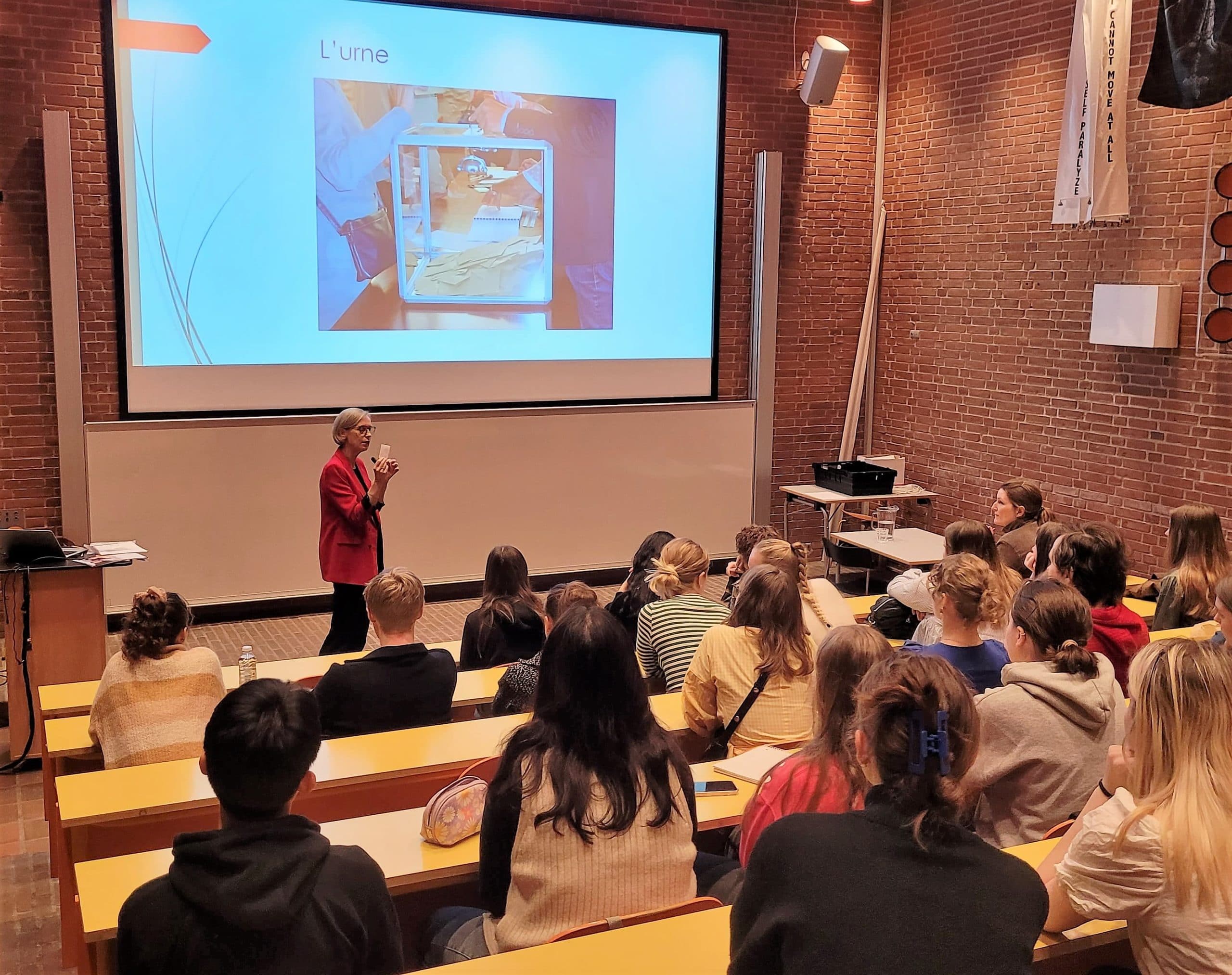 Hanna adds: – She mentioned that the war in Ukraine seems to affect the election, because polls indicate that president Macron is gaining votes after his attempt to convince Putin not to invade Ukraine. You could say that the war has been to Macron’s benefit. He’s the leading candidate, but now he is even more ahead of the other candidates.

– She really knew how to communicate to us about French politics in a way that it was very interesting and relevant, Hanna continues. It was also fascinating to hear about her life in France and her work in relation to French politics. Perhaps even more so, because she used to be a student at Grenaa Gymnasium.

– I also found her lecture exciting. She obviously knows a lot about this topic and she was good at explaining about it to us, so that we gained insights into the presidential election. One of the things I noted specifically was that many French voters support right wing candidates.
– Indeed, and I also took note of the fact that many voters are so disappointed in all the candidates that they either return a blank voting paper or don’t vote at all, Hanna adds.

Connie Pedersen has many years of experience as a foreign policy journalist. Apart from that she has university degrees in political science and in French and Spanish language and literature. She graduated from Grenaa Gymnasium in 1969.