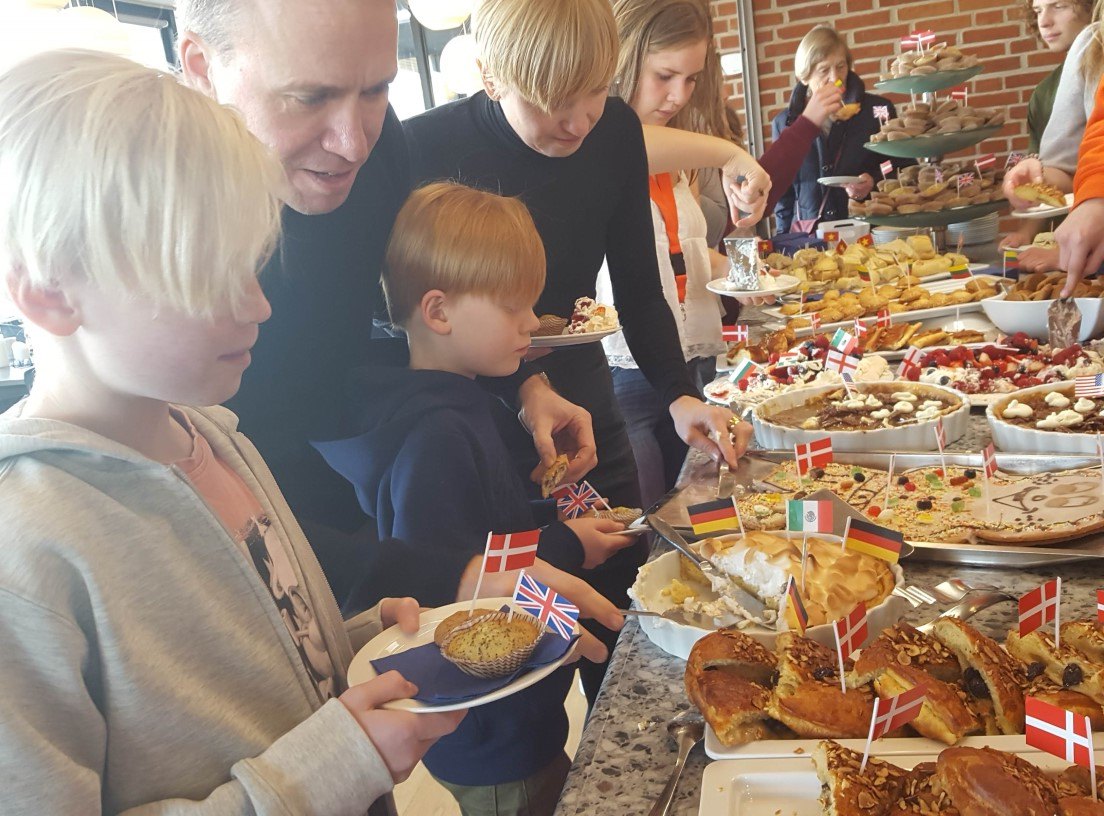 Visitors from the local area had a look inside at Grenaa Gymnasium’s boarding school.

Grenaa Gymnasium has a boarding school where around 110 of the school’s students live. On Saturday, February 23rd many citizens from the local area welcomed the opportunity to visit and enjoy a variety of cakes from different countries, reflecting the many nationalities that are represented at the boarding school.

The abundant table with cakes was of course the work of students living at the boarding school with some help from the kitchen staff.

It is our impression that many people in this area do not know that Grenaa Gymnasium has a boarding school,” Head of the Boarding School Helle Høgh explains. “And there are definitely many who have never had the chance to visit us, so why not invite them for a cup of coffee and a piece of cake or two.”

Helle Høgh continues: “Some might also have wondered about these young people talking English with one another that they see in the streets. Well, they are our students.” 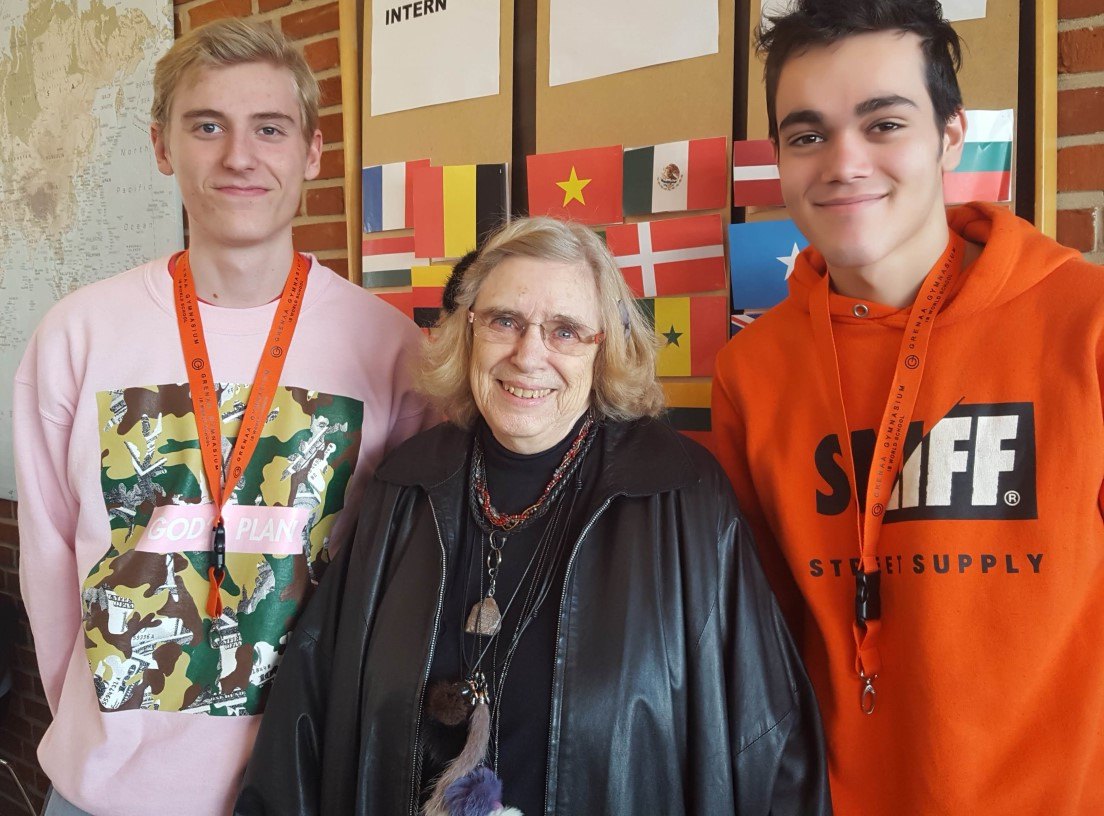 One of the visitors was Alice Brask, who told that her brother was in the first cohort of student at the boarding school back in 1965-68. “At that time it was called Løvenholm Kollegiet and was for boys only,” she recalls. “For some reason I never visited him here,” Alice Brask says before going on her guided tour with two of the boarding students.

Many of the current boarding students live here because their parents are abroad. Some students come as far away as Vietnam and USA, but also from European countries like France, United Kingdom and Latvia. Most of these students are pursuing the IB Diploma at Grenaa Gymnasium. There are also some boarding students with local roots who pursue the Danish upper secondary programmes STX and HF. 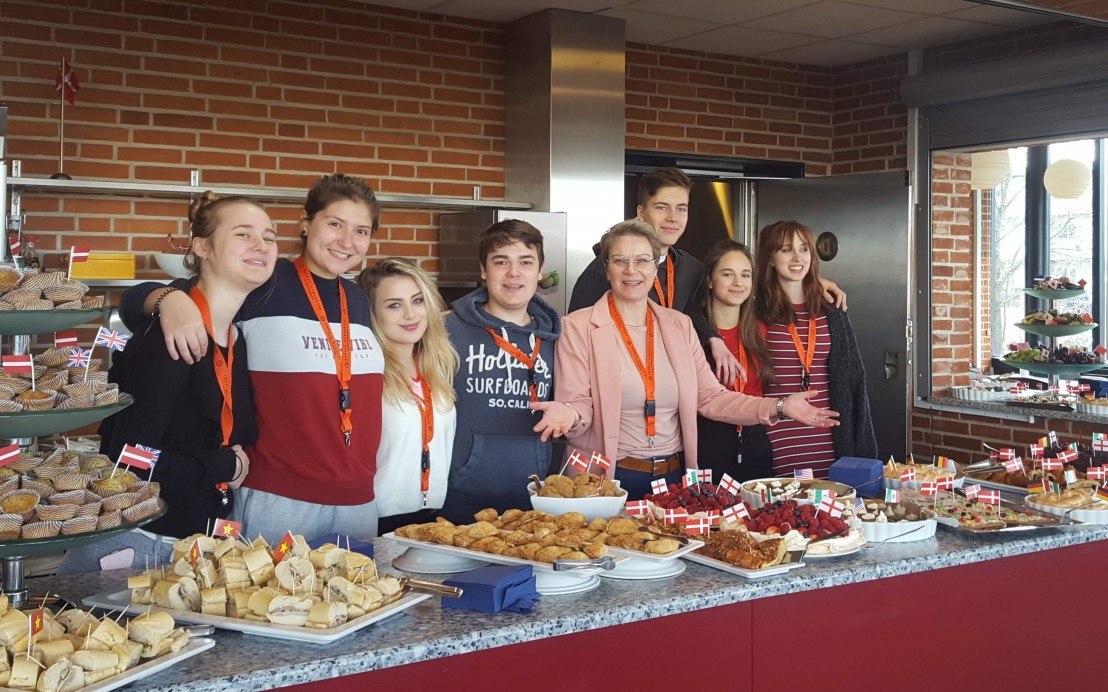 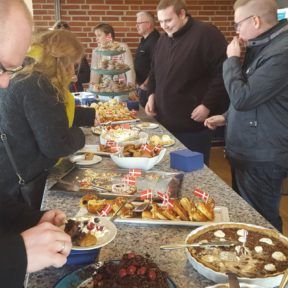 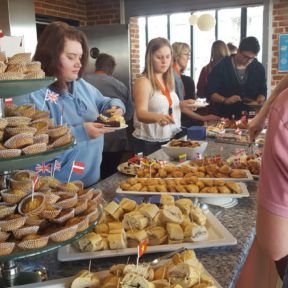 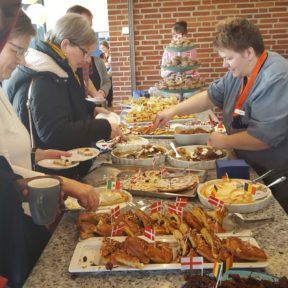 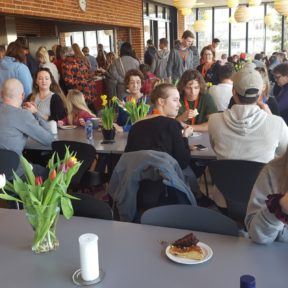 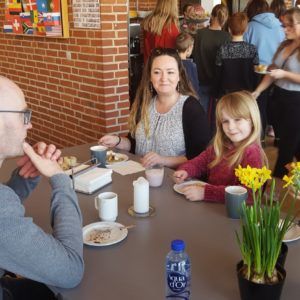 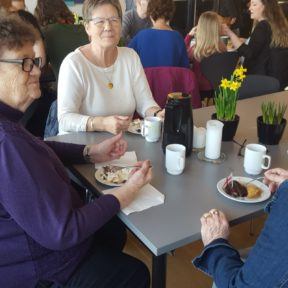 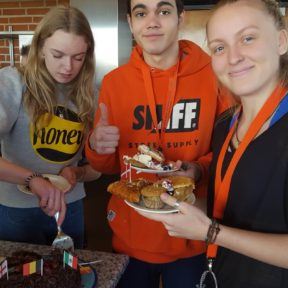 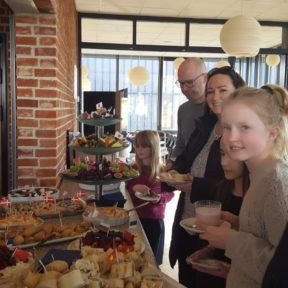 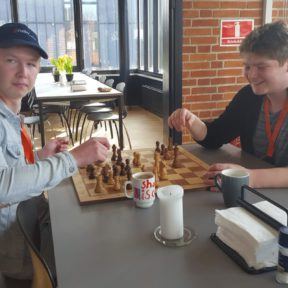 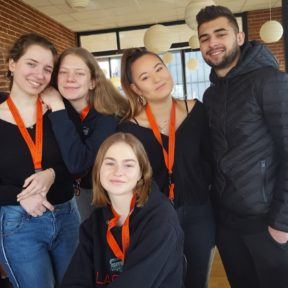