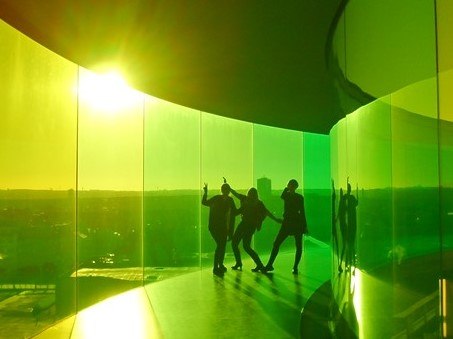 No Man is an Island

The IB1 students at Grenaa Gymnasium recently visited Aros Art Museum’s No Man is an Island – the Satanic Verses.

The excursion to Aros Art Museum was a cross-curricular activity between two of the core elements of the IB Diploma programme: Creativity Service Activity which aims at developing the students practical engagement in their surroundings, and Theory of Knowledge which is about different approaches to establishing knowledge and thus perceptions of the world.
IB1 student Silas Timothy Blatchley Hansen, reports:
The squeak of shoes on clean ceramic tiles and the soothing hum of hand dryers. Students wash their faces and some tilt their heads to fill the mirrors before them with the stark white of the walls. Soon, in 20 minutes or so, after a brisk walk through winter air, the warmth of a humming coach will bring the outing to its final conclusion, but this last toilet trip takes on a near ritualistic significance. The bathroom seems quiet and empty beyond belief; a place to take slow breaths, mental cleansing from the subtle riot outside. It is evening and the students of IB1 are on a class excursion to ARoS. As they pass into the entrance hall and file to the exit, their eyes are greeted by one last cacophony of colour and texture. Snaking, multi-coloured cloth tubes burst in every direction and twine themselves around the gangways and catwalks that fill the museum from cellar to loft. On the way to the door, the silence and whiteness of life is, one last time, shattered.
Several hours earlier, innocent hands trailed along yet more cloth tubes that coil around a bannister. Accompanied by a soft spoken guide, the throng was making its way to the third floor where the exhibition the satanic verses was being held. Past the automatic steps and a revolving door, an odd assortment of objects and pictures awaited them. At first glance, they appeared disconnected; an array of stage lights, a pile of clothes and a series of black and white photographs. But when taken in as a whole, impressions began to emerge.
Light played off a shelf of glass jars, and in front of them stood a young man. His otherwise strong form seemed suddenly and uncharacteristically feeble.
‘What are you looking at?’ he is asked.
‘It’s a horse. It has been cut into a great many pieces and stored in jars of formaldehyde.’ He answers distantly.
‘What are you thinking?’
It’s sick, disgusting. Not the horse I mean, not the piece itself but… us, I suppose. It shows something about us.
Seeing only gristle and horsehair, his voice trailed off as he stared into the Jars. Soft light from behind the coarse fur danced lazily across his wide eyes. He had fenced with art, assuming at first that he could gut and conquer it, but now, with one powerful blow, it had conquered him.
One floor below, others gazed into the soft and colourful strokes of Willumsen’s brush. Stark, colourful canvases leapt from every wall with everything from beautiful women to night-time cityscapes. If only for a fraction of a second, a girl with flowing dark hair forgot the yellow of the sodium lamps in Grenaa, and could see all the intimacies of colour that Willumsen could.
The lights of ARoS fade behind the group as they trudge through a mist of rain, but thoughts of what they had seen lingered for a little while longer.

The students received a guided tour in the exhibition together with their teachers in CAS and TOK, Lars Sand Kirk and Claus Løvgren. They also saw the many other exhibitions, for example Joane Vasconcelos’ Textures of Life, J.F. Willumsen – The wild, the bold and the late Willumsen, and ARoS Focus/New Nordic The Icelandic Love Corporation – Love Conquers All! 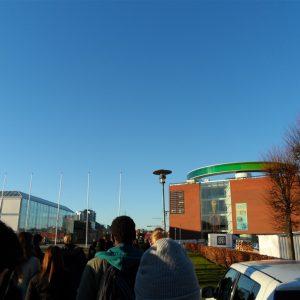 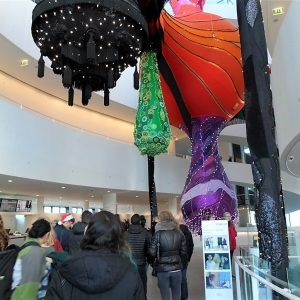 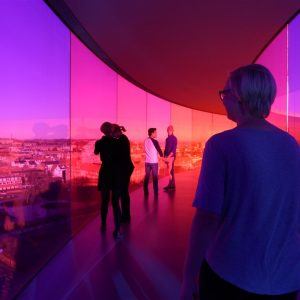 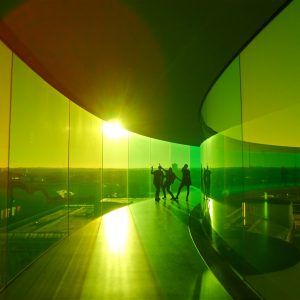 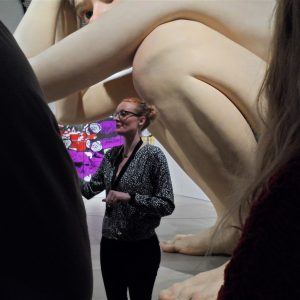 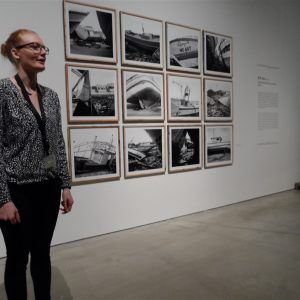 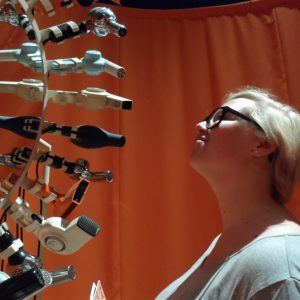 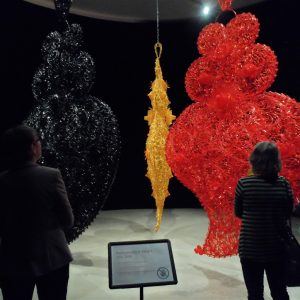 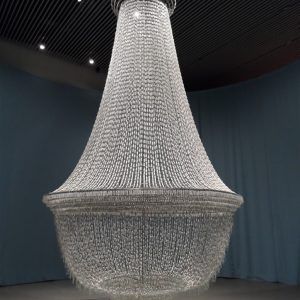 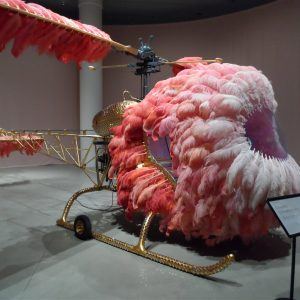 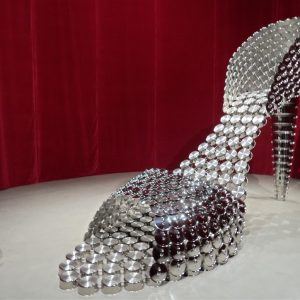 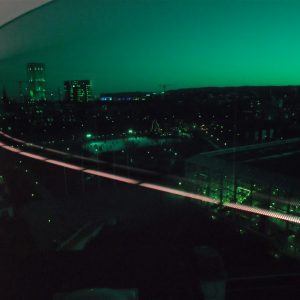 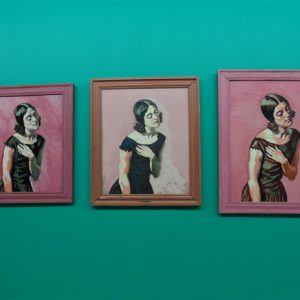 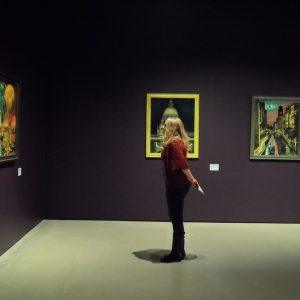 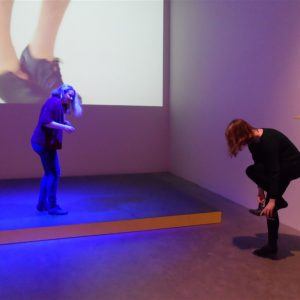 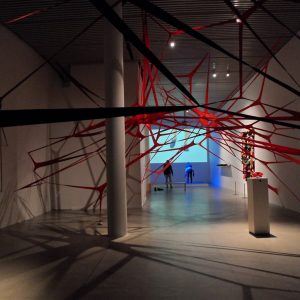 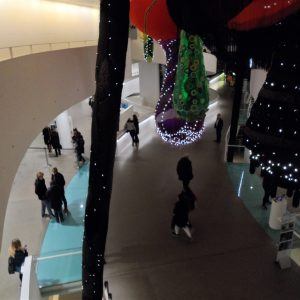 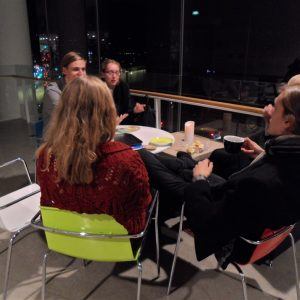