IB students were the organisers of a succesful international conference

The human rights situation in Syria, forced migration of Venezuelans, help for displaced people in Africa and non-proliferation of nuclear weapons in North Korea. These were some of the issues on the agenda at the Model United Nations conference that was recently held at Grenaa Gymnasium.

60 foreign and Danish students attended the UN role-play conference where they and debated and negotiated in committees on how to revitalize peace in some of the current conflicts around the world.
“There where delegations from Nyborg Gymnasium in Denmark, from Germany and from Bangladesh. The Nigerian delegation unfortunately didn’t make it due to lack of visas,” Lisa Hagens explains. She is in her second year of the IB Diploma programme at Grenaa Gymnasium.
“We decided upon “revitalizing peace” as the overall theme for the conference, because many of the efforts to attain sustainability cannot succeed unless there is peace,” Lisa continues. 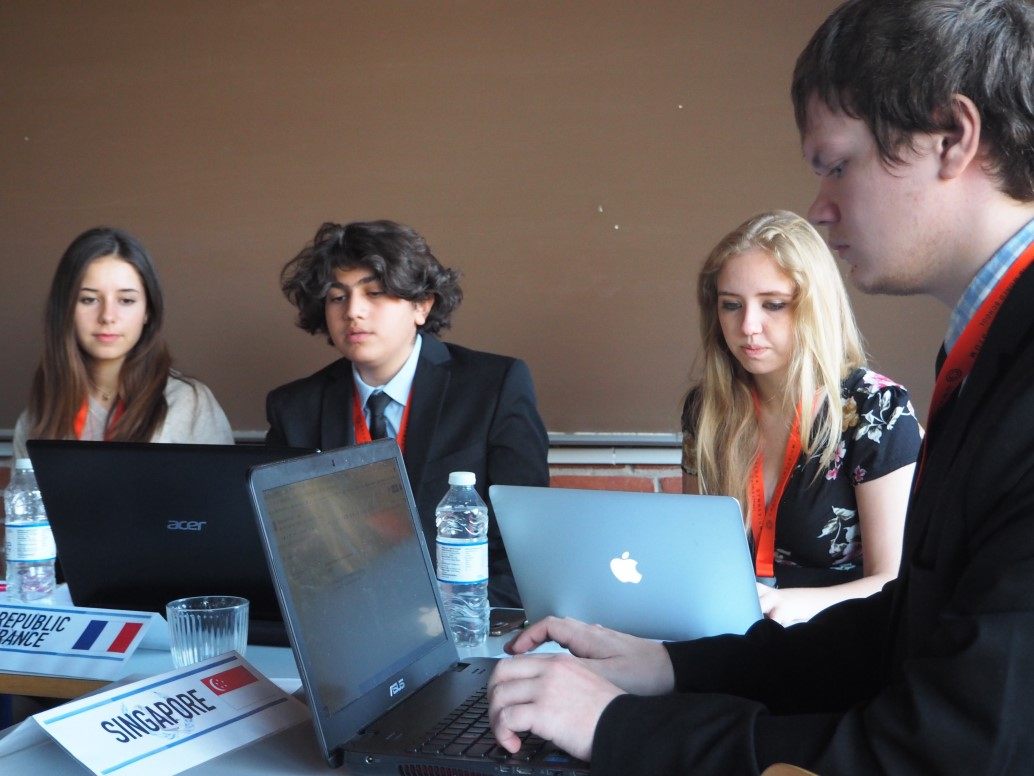 No less that 28 students at Grenaa Gymnasium have been involved in organizing the three and a half days long conference. “This has been 100% students driven,” says Lisa. She is an experienced MUN-participant. “In Vietnam where I went to school before I came here, MUN was more lead by teachers. So when I saw that here in Grenaa the students get to lead it, I saw possibilities.”

The girls further explain that apart for all the practical matters that have to be organized, a lot of research in UN-databases has to be accomplished prior to the conference in order to write the chair reports that are point of departure for the research of the delegate committees.
“We are very happy with how the conference went,” Megan says. “For many of the delegates it was their first MUN-experience, and they liked it a lot here. We saw how they grew and gained confidence.” 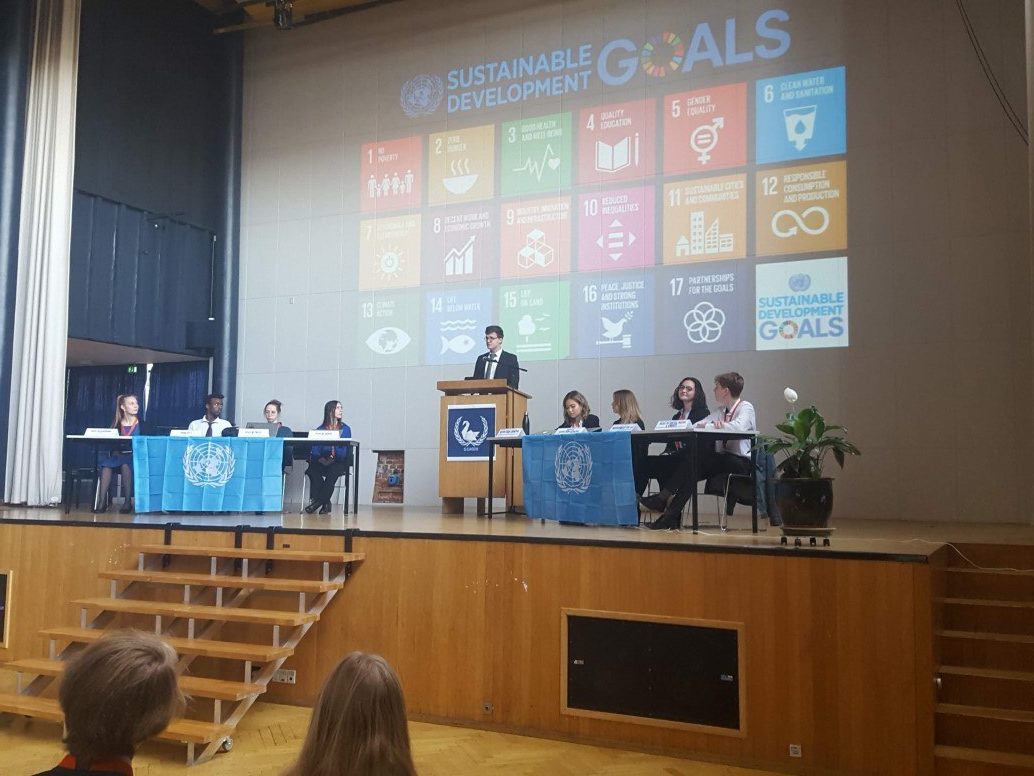 What does one learn from MUN?

“MUN teaches you to understand an issue from multiple perspectives. As a delegate you have to represent the views of the country assigned to you, even if you personally do not agree. In order to be able to do that, as a delegate you have to do research prior to the conference to be able to argue “your” country’s position. What, for example, is China’s position on the proposal to make a part of the Indian Ocean a peace zone though demilitarization? Or on how to combat piracy in the area?”
“So, participating in MUN you develop a better understanding the world we live in,” says Lisa. “And you learn how to debate and how to speak to an assembly.”