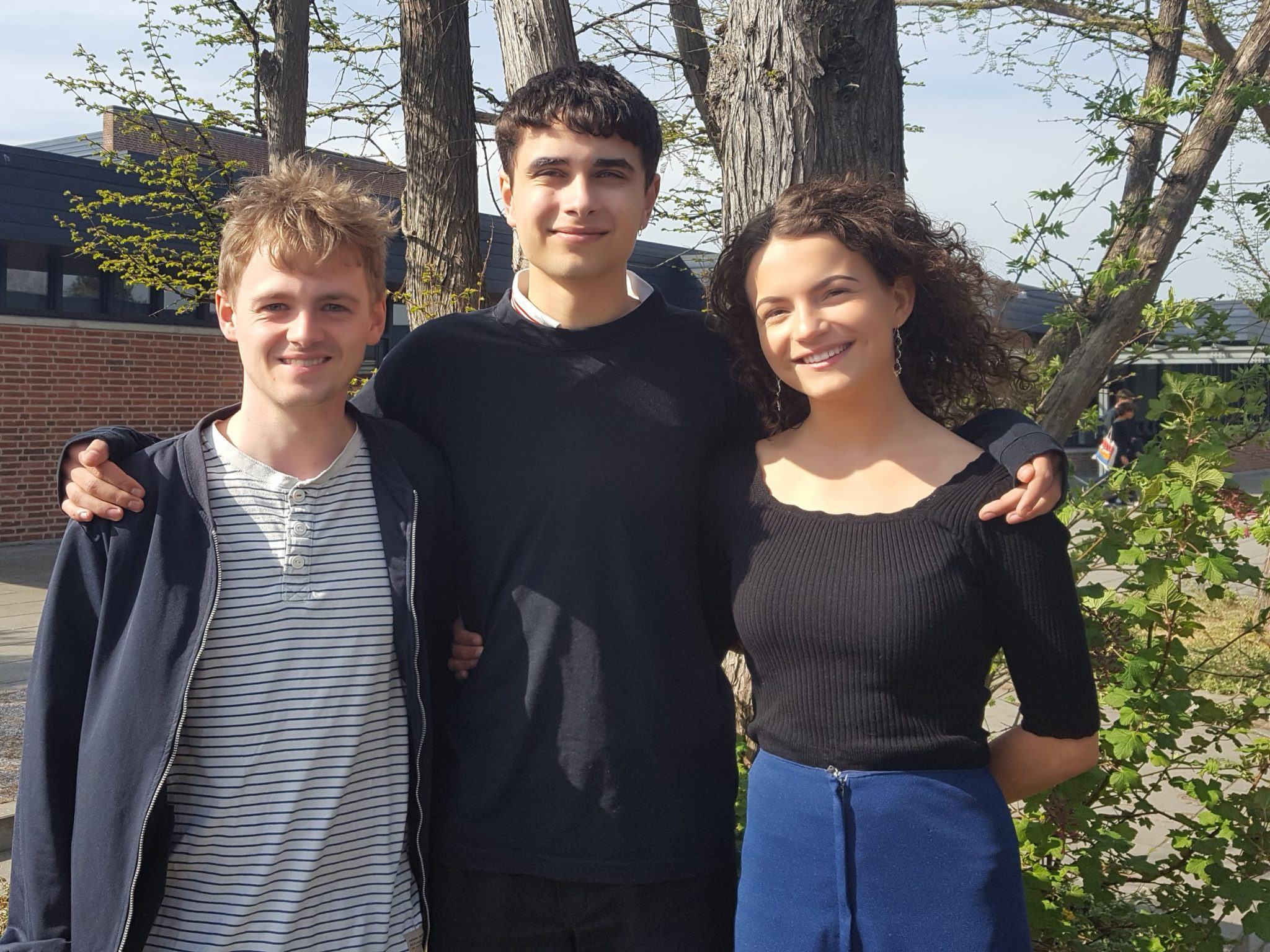 This year’s music event Nose Noise takes place on May 11th. For the third time current and former students at Grenaa Gymnasium make it happen.

Emil Thun, a 2010 graduate from Grenaa Gymnasium, Aske Bluhme and Emma Hougaard, both current students at the school, explain about No Noise.
“Nose Noise is a music event organized by young people in the local area for young up-coming bands,” Emil Thun explains. “It is a showcase framed by young people for young bands and it is a 100% volunteer project.” The physical bounds are Arresten, a youth activity center in Grenaa, and it was here that Emil back in 2017 had productive talks with the leader of Arresten, Henrik Elkjær, about creating a new music event in Grenaa.

“This year’s programme offers both established and up-coming bands,” Emil explains. “Some of them have roots at Grenaa Gymnasium.” One of these bands is Aske Bluhme’s band Viadukt. “We perform our own indie-pop number. It is a criteria that must be adhered to. Cover-music is not allowed,” he explains.
According to Emma Hougaard the ban on cover-numbers distinguishes Nose Noise from the street-music festival in Grenaa. “Nose Noise is a different kind of music event. We also try to create an underground atmosphere with for example graffiti and a big nose of papier maché.”

This year an exeption from the ban on cover-numbers will be made, however, when students from Grenaa Gymnasium perform numbers from the theatre concert, In the Name of Love, earlier this year. 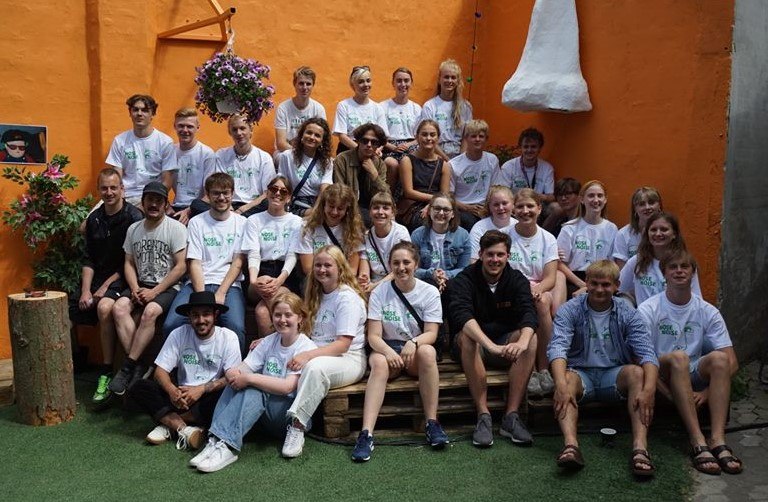 Emma explains that especially young people interested in music take part in organizing the event. “It is an opportunity for togetherness and making friends outside the school and to be part of creating something new, something that would otherwise not exist. And everybody can join in and contribute in the way that they like.”
Emil continues. “When I was a student at Grenaa Gymnasium, Arresten didn’t exist. We hung out in the local supermarket after school,” he recalls. Emil is now finishing his university degree in Aarhus and has moved back to Grenaa.

An event open to everybody

“Originally the idea was to create and event for upper-secondary students in Grenaa,” Emil explains. But it has turned out that also families with kids come for the afternoon programme and people from the neighbouring municipality and even Aarhus. Some of them are former students at Grenaa Gymnasium who sees this as an opportunity to meet old friends again.”