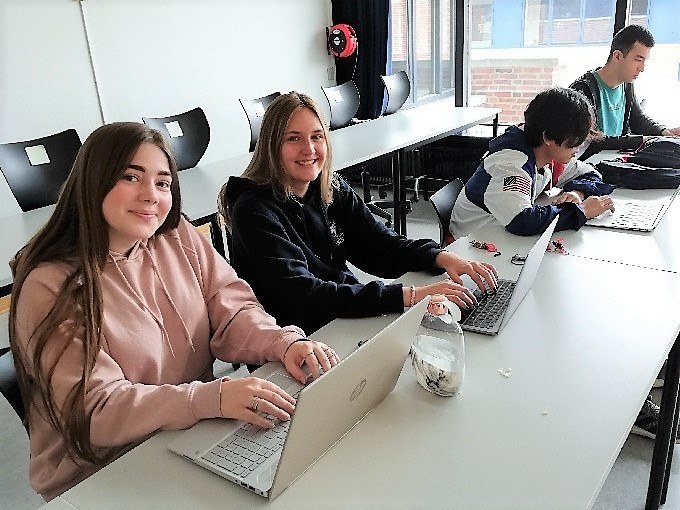 A Glimpse of the World as Seen by Our Pre-IBs

Corona virus has changed everyday life, not least for the international students at Grenaa Gymnasium. Many of them are still in their homelands after the lockdown and attend classes online. Many miss their classmates. Therefore, in order to let them interact in a different way, they were last week given the task of creating a magazine. They were to use each other as informants on current world issues related to the Covid 19 epidemic or the Black Lives Matter movement, but as it appears, other issues, too, have been given attention by our students.

“The students were keen to take responsibility, organize and cooperate online as well as in the physical classroom, and this is why they were able to create an interesting magazine after only a day and a half’s hard work,” teacher Claus Løvgren says.

Being forced to seek the perspective of others

The process started with the students electing four editors amongst themselves. From then on they worked from one deadline to the next, generating ideas, writing and editing.

“Our most important goal, seen from a pedagogical perspective, was to put the students in a situation where they were forced to leave their first person perspective because they had to explain about one or more persons’ views on matters that were not about themselves,” Claus Løvgren explains.

“At the same time we also wanted to give them a chance to get to know each other from a different platform than their usual teenage interaction. That is why the articles were not supposed to be about themselves.”
“We hope that the students have enjoyed the dynamic and the role play elements of the project that allowed for many autonomous decisions.”