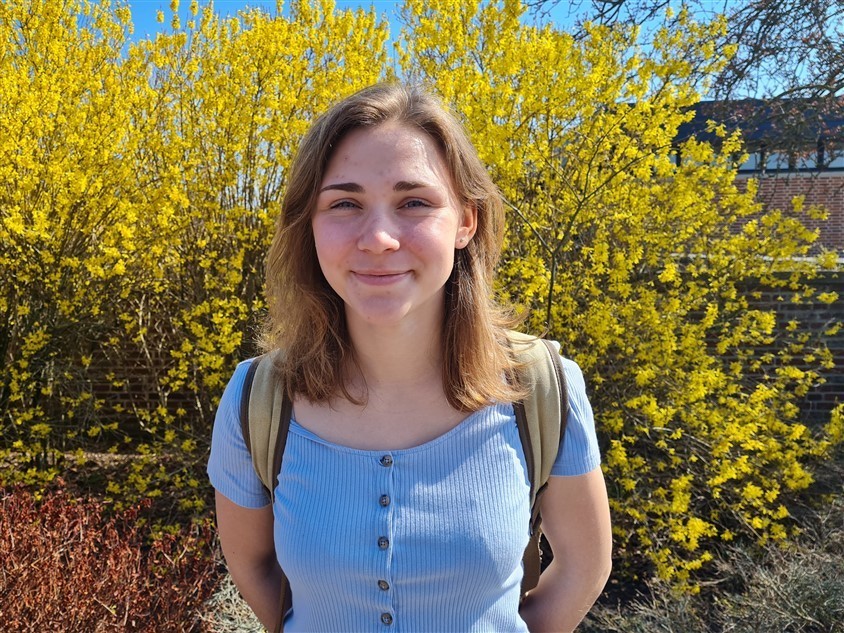 Skrivecup is an annual national competition in creative writing for upper-secondary students, and Grenaa Gymnasium always participates. This year it was Pre-IB student Gerd B. Malmose whose work did best and reached the semifinals where she ended number two.

– The other semifinalists were extraordinarily talented this year, but it was fully deserved that Gerd won the second place, Talent Coordinator at Grenaa Gymnasium Rikke Gade Johansen says.

This years theme was tempo, and the assignment was to choose a literary text from before 2000 and make a remediation or adaption of it.

– I chose Livets hastighed (Life’s speed, ed.) by Michael Strunge (a famous Danish poet in the 1980s), because I find his poems very inspiring. In Livets hastighed he describes opposites within himself that he struggles with. He wants to be true to himself, but he also wants to adjust to his surroundings, the frayed norms and expectations, and not be too noticeable. It is about finding oneself and the difficulty and immensity of it. This is a static conflict that I believe people in any society experience, no matter when and where they live, Gerd explains.
– I decided to use the same genre and metrum as Strunge because it reinforced the feeling that this was my interpretation or re-thinking of Strunge’s poem.

Gerd participated in the contest as part of a Danish language and literature unit on creative writing. So she and her classmates have all been remediating literary texts.
– It really made me feel that we were sharing creativity with each other, Gerd says. One’s work was received in a manner that one was hoping for.

Danish teacher Glennie B. Grøfte agrees.
– We succeeded in creating an atmosphere where the students felt safe and confident enough to share their work in class for peer reviewing. There was not doubt or disagreement at all that it was Gerd’s work that should continue to the semifinals, Glennie B. Grøfte says.