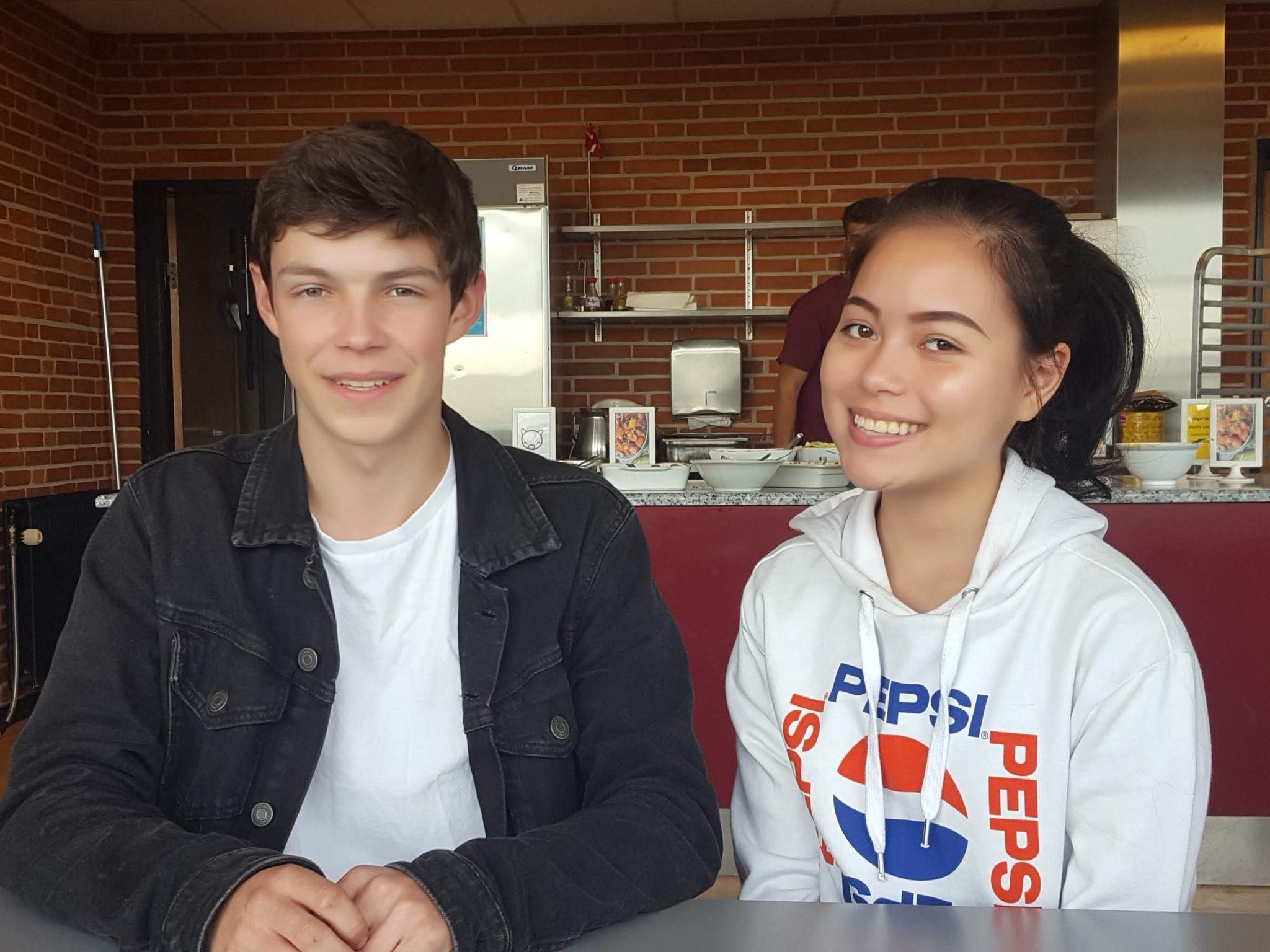 The Boarding School Community – Becoming a Part of It

Every year in August when the school year starts new students move in at the boarding school and start a process of settling in.

Two of this year’s new students together illustrate the diverse backgrounds that students at the Boarding School have. Mathias Dufresne, who despite his French surname is through and through Danish, was born and raised on Samsø, a small Danish island with less than 4000 inhabitants. Lisa Vu Hagens grew up in Vietnam with her Vietnamese mother and Danish-Dutch father and attended an international school in Ho Chi Minh City before she came to Grenaa.

We have asked them what is has been like to be a new student at Grenaa Gymnasium’s Boarding School.

“I was only a little bit nervous when I first came here,” says Mathias, “But that didn’t last long. The first week’s activities allowed you to get to know the other students.” Mathias found the first days exhausting. “On Samsø we there perhaps 20 at my age and we all knew each other. Here you are with a 100 and you live with them every day. And the programme of the first week was very busy – so many activities, and then after that you had to adopt to not having so many. But I’m fine and have made some good friends.”
Lisa also feels that she settled in easily. “I’m surprised how less homesick I have felt. I have never lived away from my parents and they are too far away to be able to visit. But I have made such good friends here that is like you have a family here too,” she says. “Before going here my dad said to me, “Within the first month we can transfer you back if you want to.” But I did not want to go back!”
Lisa continues: “In terms of schools this is one of the best communities I’ve seen, because usually there’ll be like the popular group and this group and then these groups. But here there’s no restrictions on who you can hang out with. If you’re bored on your own and your close friends are not close by – others will ask you to join in their activity, if they see that you are alone. And there is no separation between boys and girls. Everybody is good friends.”

Both students commend the efforts of the boarding teachers not only during introduction programme, but also now that the school year is in full swing. “That has been another surprise to me,” Lisa says, “the efforts the teachers take to make activities for us – like board games or tickets for the swimming bath.” Mathias gives another example: “Like last week, one evening the kitchen had burnt the dinner.” Apparently some mistake had happened. “But then the teachers bought us pizzas!” They both recall this redeeming stroke of luck with smiles on their faces and Lisa goes on to praise the kitchen staff. “They are very considerate to meal preferences. If you have any dietary restrictions they will make a separate portion for you. You can just constantly rely on the kitchen staff.”

Cultural diversities under one roof.

Coming from an international school in Ho Chi Minh City Lisa is used to the exposure to different cultural backgrounds. This is not the case for Mathias who has been used to school life in a mono-cultural environment. So what is that like for him? “Well, I don’t really sense the cultural differences or that they would cause any kind of problem. I guess it is because we’re all like in the same boat, living together under the same roof.” Mathias and also explains that many of the students speak both Danish and English and that conversation will be in Danish or English depending on who you are with. “I gather that during an average day, my ratio of Danish/English is fifty-fifty.”