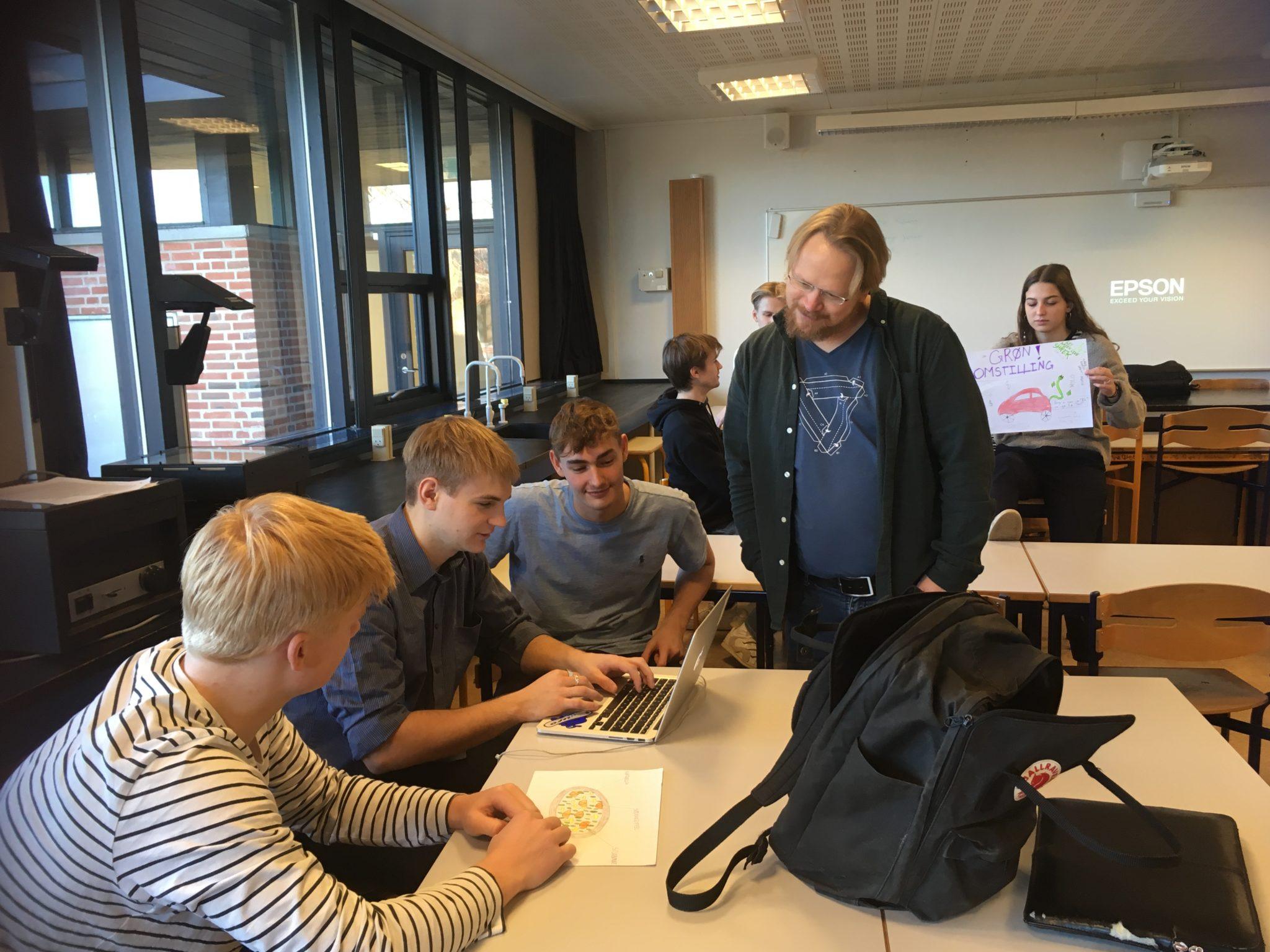 A Sustainable World – how do we get there?

Prizes were handed over at the Thursday morning assembly last week after the Global Kick-starter event on January 18th. The UN Sustainable Development Goals had formed the point of departure for all 1st and 2nd year STX-students and all pre-IB and IB1 students for developing presentations of ideas on how to fight some of the world’s global issues of climate change, pollution, poverty, education, etc. 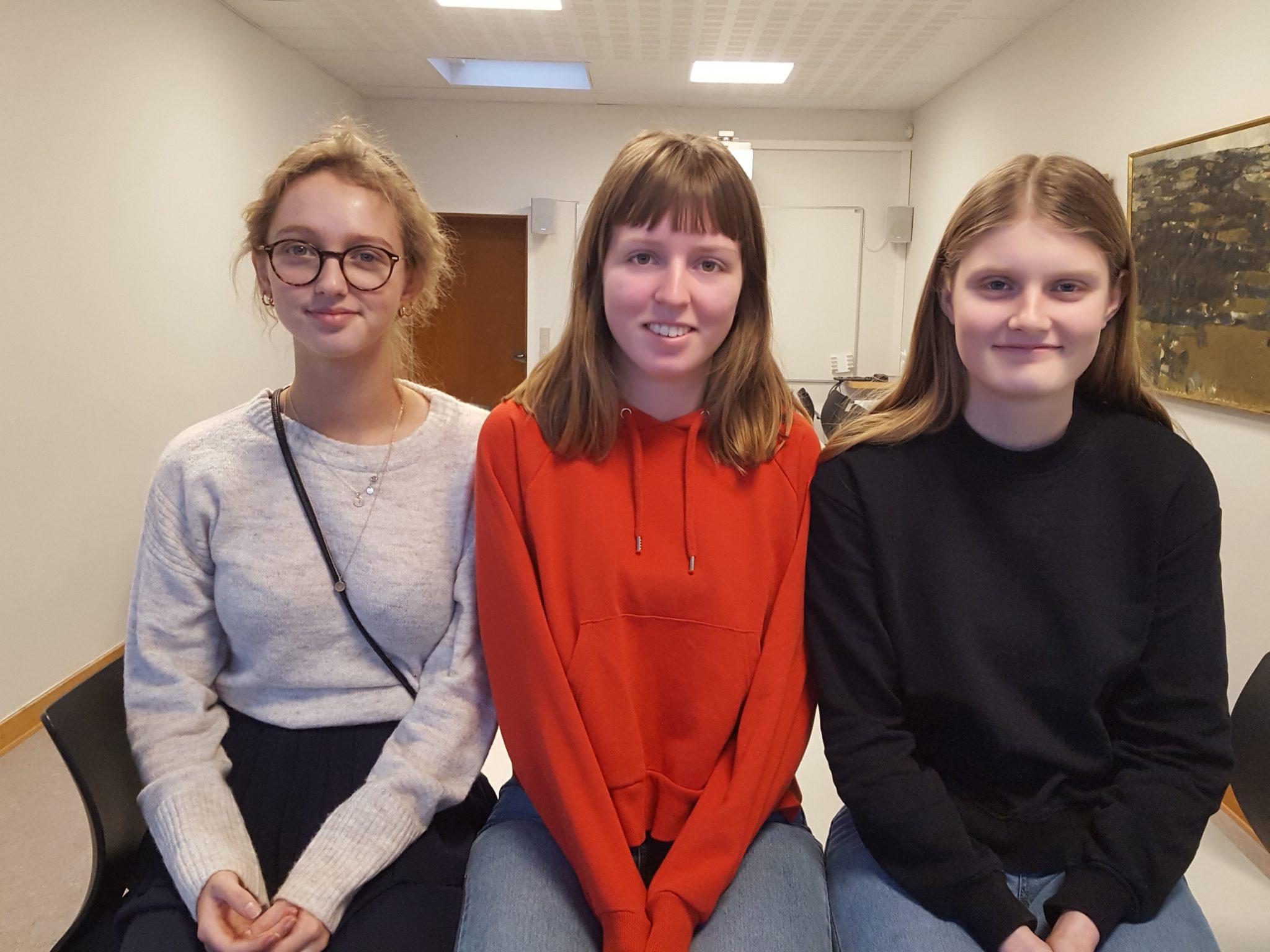 Julie Emilie Munch, Lea Malthe-Bruun and Freja Sojni Christensen are 2nd year STX-students and they were awarded for their idea on how to reduce their personal carbon footprint. “First we answered a questionnaire that showed us that our main source of carbon emission comes from our everyday transportation to and from school, “ Julie explains. “If everybody in the world spend the same amount of ressources on transportation that I do, in a year we would spend 2,5 times the annual global ressources. And my level is not particularly high compared to people who fly more than I do.” So the girls thought of an app designed to help people ride sharing. “The idea is that if you’ve got room for passengers, you can add your route and time of departure in the app and people in need of transportation can sign up,” Freja explains. “It is far too often that one sees cars with only a driver, “ Lea adds. “And now that the local bus departures to and from Grenaa are going to be reduced even more people are going to go by car and carbon emissions will increase further. This makes share riding even more relevant,” Julie says. 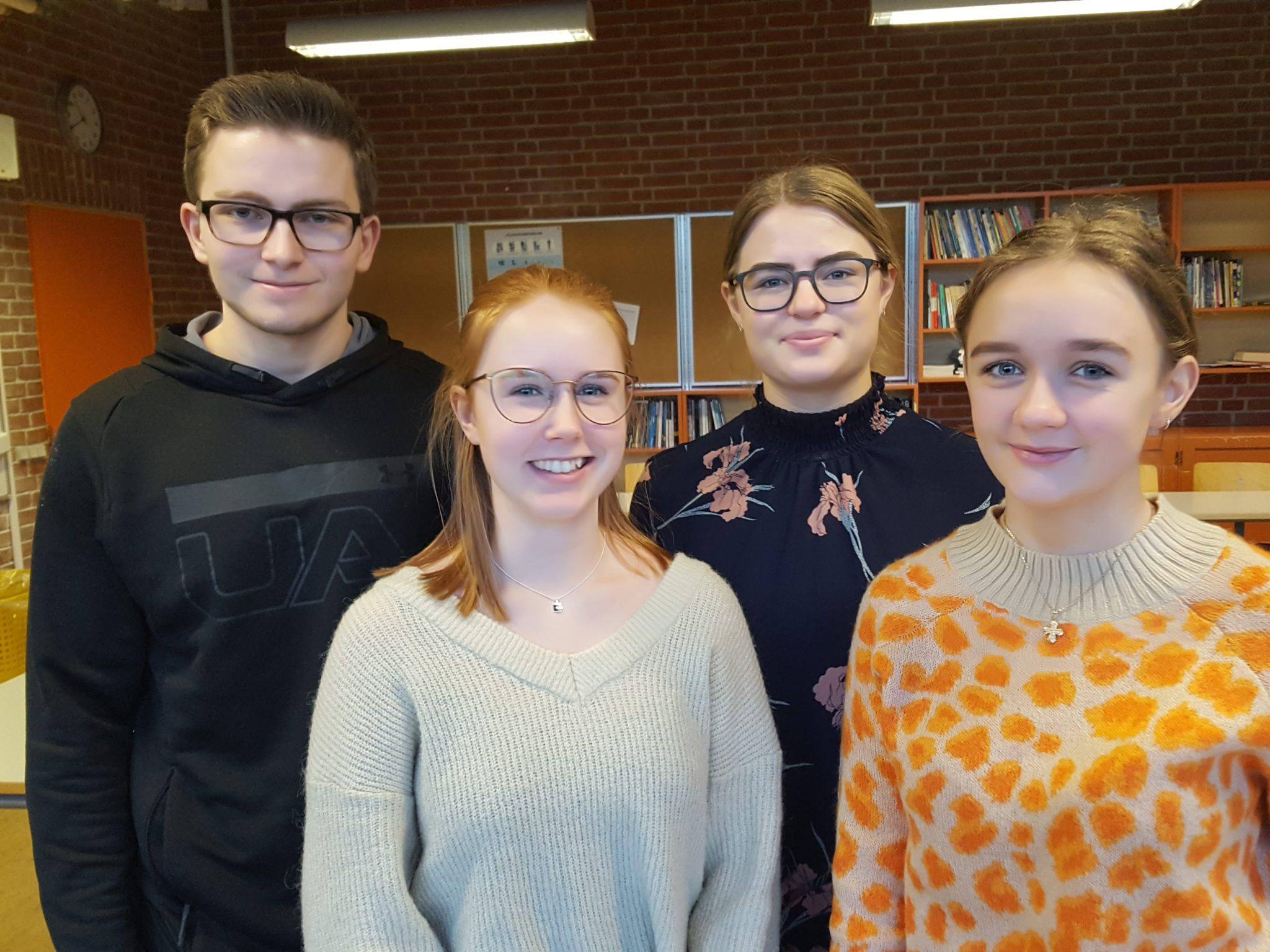 The prize winners among the 1st year students were Emma Pej, Nanna Madsen, Laura Stub Møller og Nicklas Madsen. For them the event day started with an introduction the the UN Sustainability Goals. The three girls in the group knew about the goals already from their lower secondary years.”I find this extremely interesting and relevant to work with,” Laura says. She and the two other girls are especially worried about plastic pollution and pollution in general. “Just think about it if one day our children can not play and swim safely at our beaches,” Nanna says. She has heard of beaches were it is a risk to one’s health to go for a swim. “Or what if they have to wear masks like they do in China,” Emma adds. This group’s idea aimed at reducing the use of plastic bags from the supermarkets. “We designed a decoration elaborating on the symbol of the 14th sustainability goal to be printed on fabric bags to be sold at supermarkets instead of plastic bags, “ Nanna explains. “Really, when someone buys a plastic bag to carry two pints of milk it is laziness,” Laura says. Nanna agrees. She has an after school time job at one of the local supermarkets. She has seen it often enough. 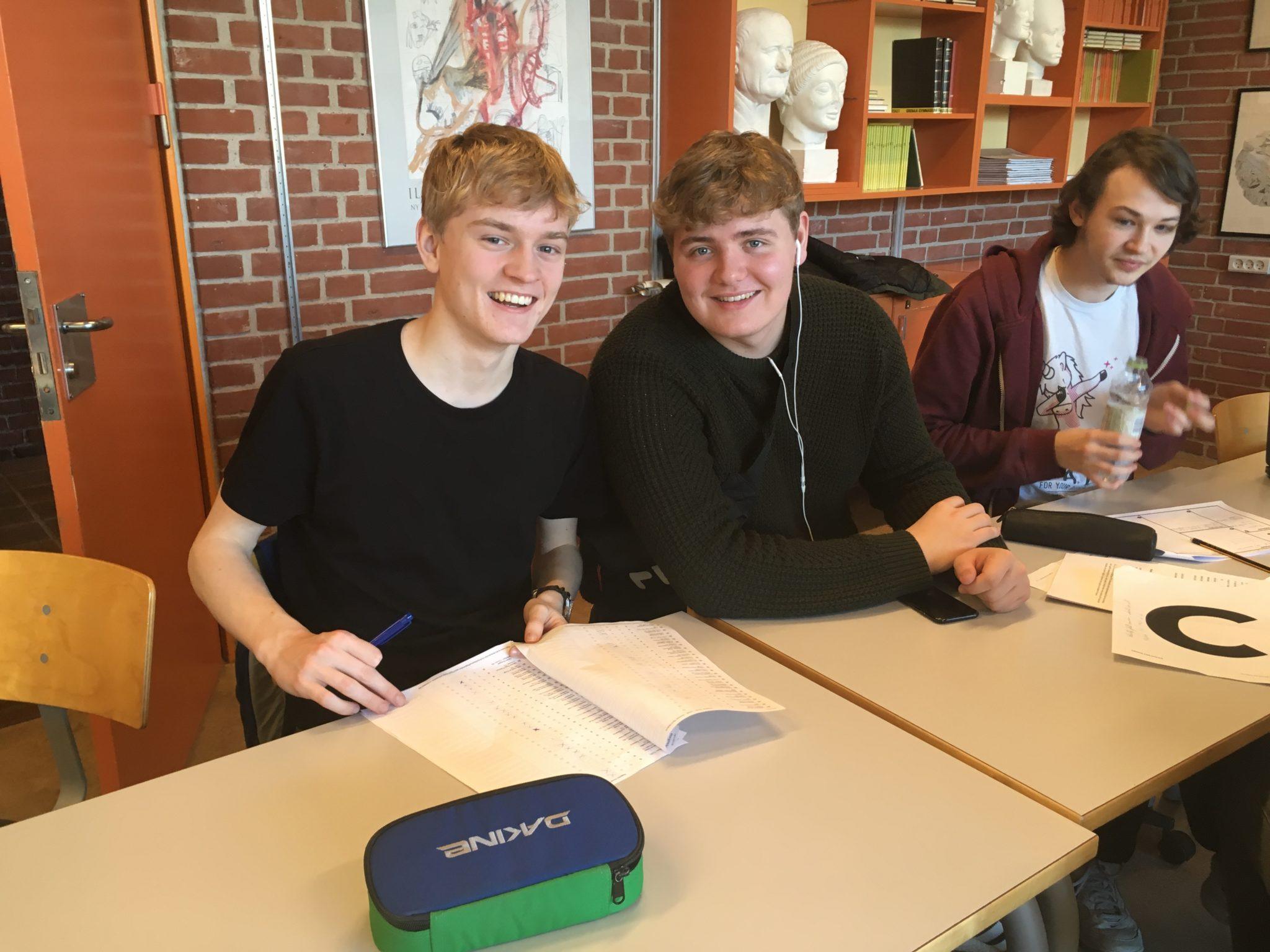 Realizing that positive change is possible

Both the 1st and 2nd year girls agree that having global events like this at school is a good idea. “Many haven’t realized the scale for example plastic pollution,” Nanna says. Laura mentions that there is newly established group of volunteers in Grenaa that collects garbage. There’s general agreement around the table that this is a great initiative. “And we could do more here at the school,” says Freja. “Our canteen uses a lot of plastic. I’ve mentioned it to Helene (the Head of School, ed), nothing has been done yet.” Towards the end of the interview Laura says, “It was great that we were shown statistics documenting that it is possible to figth the problems. That for example poverty has actually been reduced on a global scale.”